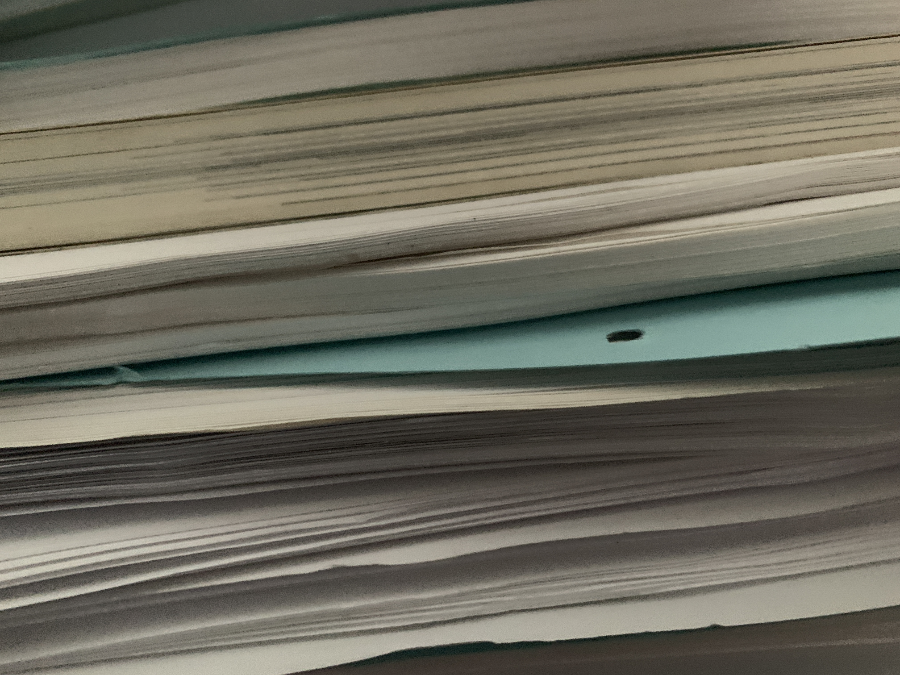 Late in December 2017 I read a piece by Lorenzo Colonna on Hayley McKenzie’s Script Angel site that suggested reading one script a day. And I thought yep, good idea. I would read a script every day for a year. Now it’s 28 December 2018 and when you and are done today, I’m going to go read my 621st.

I am surprised that it turned out to be so many but I was more surprised by how many people have asked why I was doing it. Just to keep this surprise line going a little further, I obviously wasn’t even mildly startled that I learned some things from these scripts. But I was and am shocked at how they changed through the year. Or rather, how I did.

I kept a list so that I didn’t repeat any – and with the idea that a growing list would keep me at it. And now I can look at any entry and tell you where I was, what I was doing or going through, and how I felt. Plus I can tell you about almost any script: there are a couple where I nearly did read them again because I’d forgotten about ’em.

Sometimes, I’ll fully admit, they were a chore. They were a job to be done in the last moments of the day. Other times they were a joy and the first thing I did before breakfast. You could’ve guessed at that, especially as I went so far over the one-per-day idea. What I didn’t guess is that sometimes they were an escape. Occasionally, on some supremely bad days, they were even a refuge.

And then there would be times, so many times, when I’d read something that was extraordinary and I’d know that I will never write that well.

While I do that, while I crack knuckles, let me please tell you the ten things I believe I learned from reading these scripts.

10. It’s got to be there on the page
I’ve seen actors lift a piece, most especially including one of my two staged shorts this year, but there’s a limit. Very talented actors and directors can make a poor script seem okay, but it will never be good on its feet if it isn’t at all on the page.

9. Just because it’s on the page, it might not make it to screen
Conversely, I have seen the opposite happen. I’m sorry, I can’t remember which one it was now, but I read a sitcom script that I really enjoyed and then watched the aired episode. Jokes that had worked on the page simply didn’t on screen. Characters I liked as I read, I then didn’t as I watched, And somehow it all felt amateur.

I couldn’t leave you hanging. I’ve just searched. It was a US comedy called Happy Endings. I must be in the minority because it ran for a couple of seasons.

8. When writing and production work, there’s nothing like it
All this reading and I know even more so than I did before that cast and direction is crucial. Dammit.

There’s a scene in a Homicide: Life on the Street script that is so bare bones, so on-the-nose with people saying what they mean, that at least part of it could’ve been in a soap. Yet there on the page, you got why soap isn’t drama. This wasn’t simplistic or simplified, it was raw. You felt for these characters.

And then I watched the episode and felt it even deeper. No theatrics, no special effects, just pain transmitted into us from a superbly real character played perfectly.

Do give it a read. Homicide: Life on the Street: Every Mother’s Son. Teleplay by Eugene Lee, story by Tom Fontana & James Yoshimura. It was directed by Ken Fink and while that description I just gave you could apply to many characters in the episode, I’m thinking of the character Mary Nawls, played by Gay Thomas Wilson.

7. The first ten pages rule is bollocks
Some writers bleat on about how unfair it is that certain studios or production companies only read the first ten pages of your script. I’ve always known this is a fallacy: the argument is that the script gets really good after page 49. But if you are genuinely capable of making a script good after 50 pages but you can’t see it’s crap up to then, you’re not genuinely capable of writing.

Without exception, without one single exception, I have known from the opening page, the opening lines, whether a script was going to be good or not.

Now, that doesn’t mean I’ll like it, that I’ll enjoy it, but it means I know it works and is well done.

There is also the fact for the most part I chose the scripts I was going to read so you’d imagine I’d like them. It’s not as if I were picking at random or accepting anything sent to me. But then scripts were sent to me: during 2018 I was a judge on three separate awards panels and they were all about writing. I think maybe sixty of the scripts I read were nominees and I didn’t know anything about them in advance.

Didn’t make a difference. There were scripts I liked a lot but which abruptly shot themselves in the foot by the ending. There were others I slogged through because it was my job. But in each case, I knew whether there was going to be anything to like or admire or enjoy in each script and I knew right away.

6. Nobody gives a damn about writers and nor should they
Scripts about writers are death. If your lead character is struggling with writers’ block, well, boo fucking hoo.

5. Don’t be a smartarse
Alan Plater once told me that my stage directions made him laugh aloud – but that I should get that strength into dialogue instead. Then, when I did, he called it a great leap forward for writerkind. I did re-read one of my earliest scripts and it was dreadful for a thousand reasons, but one of them was that my stage directions were smartarse.

Again, I can’t remember which scripts I read this year that were like that and this time I won’t search because it feels cruel. But there was one that particularly sticks out. A location was described as being “the kind of house I’ll live in if this goes to four seasons”.

It was just a gag and it did the job of conveying the richness of the location but it jarred. Made me feel that the writer was more interested in the business than in the story.

4. You can lose anything, you can remove anything
I have always known this: the pilot to the sitcom Cheers is an extraordinary piece of work. I’ve seen it many times over the years but hadn’t read the script until now. I’d seen it so often that I would’ve been able to tell you in detail why it’s so good and I know I could even have quoted one of the jokes.

So it was somewhat surprising to find that the script has an extra character in it. When you’ve read the script and all her scenes, then you can actually see her in the finished episode. But every scene she was featured in and every line she said or was said to her is gone.

I’m sorry for the actor but it was the right choice. I’m sure it was only done because the episode was running long but it works better without her.

3. Script books are dead and possibly should be
I have a couple of hundred books with scripts and screenplays in but I stopped buying them years ago. In this 2018 reading, I did raid very many of those books and there are scripts that I would never have been able to get otherwise. But the internet has killed off the script book and that’s a good thing.

Scripts in books are always reformatted to get as much text on the page as possible and while format shouldn’t matter, it does. When you’re reading a script in the layout it was written, you get the pace right in your head.

Also, published scripts are almost always cleaned up. Mistakes are removed and often scenes cut from the final show are cut from the script too. Getting to read the script as it was when it was handed to the actors is infinitely better and we can thank the internet for that.

For television scripts, I recommend Lee Thomson’s TV Writing site, which is my favourite, plus The Script Savant and Script Slug

Otherwise for radio and theatre you’re stuck with searching for individual titles. Actually, for theatre I would and did still go to books.

2. Save us from transcripts
On the other hand, you won’t believe how vehemently I despise something else the internet has done. It has given a platform for people who slavishly copy down every word of a broadcast show or film. They then post these online and some of these bastards claim that their transcript is the script.

One thing. I did come across the reverse. I found a script to an episode of UFO and the site hosting it called that a transcript. What they meant was that they had a paper copy of the original script and had typed it up. That was fine. Although, wow, UFO’s pilot episode is of its time. Roaringly sexist, 1970s to its hilt, you can’t believe adults said some of these words.

This might help: if you’re searching for a script online, make sure you specify PDF in your search. I don’t know why, but transcribers don’t appear to have grasped PDF yet so the odds are that any result you get back is a true script.

And the last, perhaps most important thing I learned from reading hundreds of scripts:

1. It’s a damn sight easier to read a script than to write one.
This year I’ve read 620 and written only three. Well, there’s a fourth that I’ve written but it turned out half the length it needs to be. And I’m writing another one now but it won’t be ready for the end of the year. I would like to point out that two of the three I wrote have been staged. And the third got me some promising conversations with TV companies.

I would like to now say that I’ll write a script per day in 2019 but I have this feeling that might not work out. There were already days in 2018 that were so tight for time that I read ten-minute Danger Mouse scripts just to keep the tally going. (They’re very good, though.)

I would also like to say for sure whether I’m going to carry on reading a script a day. It has become a habit but it is also a lot of work. And I did notice that my other reading fell off a cliff. Maybe I should read a novel a day. What do you think?