But, still, it’d be nice to be one of the smart ones and reportedly there are ways to pull that off which don’t involve hiring a bunch of clowns. According to Gwen Moran in Fast Company:

READ . . . A LOT
It stands to reason that actively seeking out challenging, thought-provoking information will make you smarter. A widely reported 2012 study done by researchers at the University of California, published in the journal Frontiers in Neuroanatomy, found that students who spent 100 hours or more studying for the Law School Admission Test (LSAT) actually had changes in their brains. The findings indicated that such intensive study showed changes in the parts of the brain associated with reasoning and thinking.

How to Become the Smartest Person in the Room: Here are Ways to Both Appear Smarter and Actually Up your IQ – Gwen Moran, Fast Company (11 June 2015)

I like that one. I like that a lot. I’m less keen on the very next piece of advice which is some junk about regular exercise. Sheesh.
Read the full piece.

Microsoft is launching a smart watch that will help with your fitness, according to Forbes. Maybe it’s just the cheesy photo but I want to look at Microsoft and give them a friendly tilt of my head, a warm moment’s crinkling of my nose. Microsoft is a gigantic, astonishingly gigantic corporation yet it acts like a little kid, “we can do that, we can do it too, in fact we did it first, yeah, no comebacks, to infinity”. 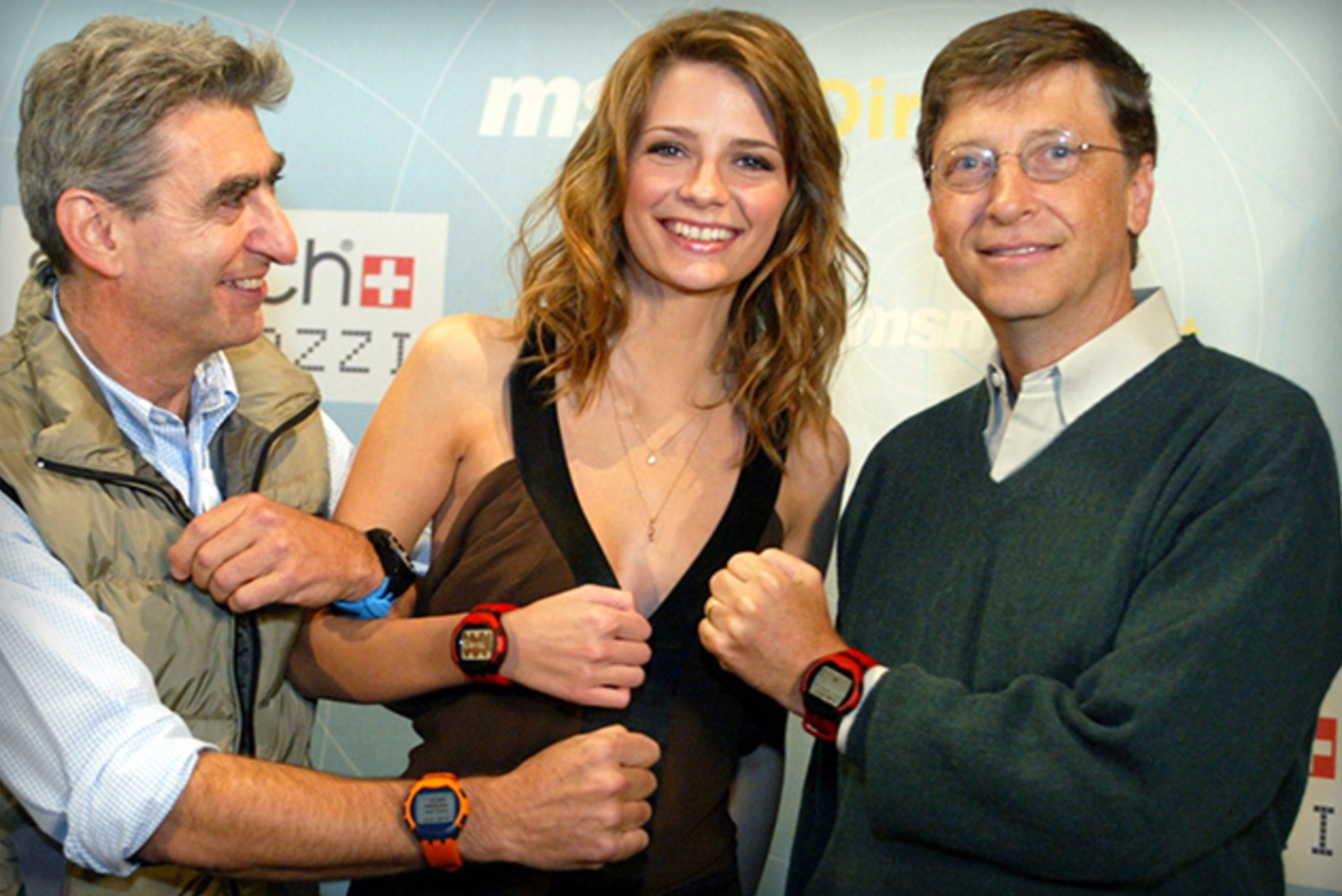 Apple tends to roll up late to a category of product and then just totally change how everybody ever makes that stuff again. (Look at mobile phones before the iPhone and then look at mobile phones after it. It’s equal parts impressive, laughable and a bit depressing how you can spot a massive seachange and pin it down to the single hour when Steve Jobs unveiled that iPhone.)

Whereas Microsoft, not so much. I didn’t know that Microsoft would bring out a smart watch but I should’ve bet. I did read the top of the Forbes article and know this much for certain, for absolute certain: whether it was a leaked report or a formal Microsoft press release, it would still end with information that the company isn’t saying when it will be released or what it will cost. And to think I wasn’t impressed that Apple said “early 2015” for its watch. At least they gave a starting price.

Microsoft MSFT +2.08% is gearing up to launch a wearable device within the next few weeks, Forbes has learned. The gadget is a smart watch that will passively track a wearer’s heart rate and work across different mobile platforms. It will also boast a battery life of more than two days of regular use, sources close to the project say.

That could put it ahead of Samsung’s Galaxy Gear smart watch and Moto 360 which both need to be charged around once a day. The wearable will hit stores soon after launch in a bid to capture the lucrative holiday season, a timeline Apple AAPL +1.46% was reportedly targeting before it delayed its own Watch to early 2015.

Forbes first reported in May that Microsoft was working on a smart watch that drew on optical engineering expertise from its Kinect division, and which would sync with iPhones, Android devices and Windows Phones. It is unclear what Microsoft will name the device, or what it will cost at retail

Some people criticise this fella – you know it’s a fella – because he’s got Windows 95 running on his Android Wear watch but it crashes.

If you ask me, he’s just faithfully reproducing the Windows-for-the-D’oh experience. I do remember watching Windows 95 start up, in 1996 naturally, and wondering if this was really the future. And if there were perhaps another future I could switch to, please.

I did leave computers because they are ditchwater dull but just occasionally you get little moments of human interest. My absolute favourite was in the run up to the release of the iPad. There came a moment when for some reason everyone thought Apple would call this new device a slate. It’s a good name, it’s typically Apple in that it’s somehow better than the then usual term of tablet and sounds like they’d thought about it.

Maybe they did, I don’t know. But instantaneously, every computer company making anything even resembling a table began calling them slates. You’ve forgotten this because it stopped at about noon on April 3, 2010 when the iPad was unveiled. But for those brief weeks, it was funny watching companies like Microsoft dropping the word slate into any conversation they could.

Right now, things have ramped up a bit. Rather than dropping the word ‘watch’ into any chat they can, firms are releasing actual watches. Smart watches. Watches with smart bits in. But it’s still the same issue: Apple is now expected to unveil a watch very soon and rivals are trying to get there first. At this point, if it doesn’t reek of desperation it does at least pong a bit.

I’ve no idea if Apple will ever bring out a watch and I’ve no idea whether the latest rumour that it will be announced on 9 September is any more accurate than the myriad previous rumours.

But two days ago, LG released a teaser video saying that new watch was coming. Now the 9 September date is being whispered about more loudly, LG’s just scrapped the wait and gone straight to unveiling it. 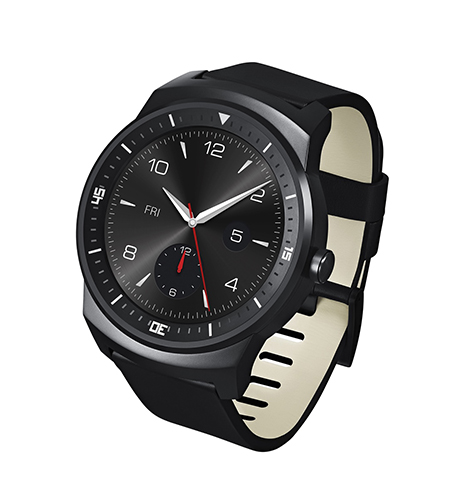 Shrug. Whether you like Apple or don’t, you know one fact already: while Apple would tell you the price and do its best to be able to say “Available today”, other computer firms don’t. The LG G Watch R – seriously, that’s its name – will be out in some places in the last quarter of the year and that’s when you’ll know the price too. There’s also not a bean about the other big question over smart watches: the battery life. Not true. There is a bean. The battery in the LG G Watch R will be a 410mAh one. I don’t know how to translate that to how long does it bloody last?

It’s a smartphone running Android Wear, which means you’ll need an Android phone to get any value out of it. And if I sound down on the whole thing, that would be because I am. The first mockups of what a round-faced smart watch would look like were just gorgeous and I wanted one on sight. Now I’m shrugging at the LG G Watch R – I just enjoy trying to type that name from memory and seeing how many corrections I have to make – and that makes me shrug a bit at the whole smart watch idea.

LG is soon to unveil a smartwatch and it will be round. That is surprisingly alluring to me, except of course that we’ve seen squared-off watches and we’ve seen bricks around people’s wrists so maybe it’s not surprising.

But what this teaser doesn’t do – well, it doesn’t show you much of the watch at all really, but what else it doesn’t do is acknowledge you’re not going to buy one when you think Apple is about to release a smartwatch.

I’ve no idea if or when Apple will but all the signs point to it and those signs are enough to make me pause before dropping hundreds of pounds (or whatever LG charges) on something else. I do like Apple design so I expect any watch that company does to be deeply thought out and genuinely useful. Probably also expensive. But I’d rather spend a lot of cash on something good than a little less cash on something that isn’t.

But I’ll be looking to see what LG does with this.