Some rogueishly handsome fella over on MacNN.com wrote a review of a OS X utility called WordTarget:

It’s a menubar utility for OS X which simply counts every word. Every time you hit the space bar, that’s another word counted, and that’s fine. No debate there. It does also count hyphens, though, so self-starter is treated as two words, which seems like cheating. To balance that out, however, it does not subtract words when you delete them. Actually, we found that if you highlight some words and delete them all, your word count goes up by one.

That’s probably a bug, and it’s not a significant error: the odd word here or there is not going to make much difference if you’re writing a 170,000-word book, for instance. However, it is significant that it won’t recognize that you’ve deleted whole passages. If you are really doing this to hit a Charlie Brown-like mandated word count, you’ll have to keep this in mind.

But WordTarget is meant for people who are aiming at an ideal number of words rather than a specific commissioned length. Novelists who decide they’re going to write 1,000 words per day no matter what, for instance, they’re the market here. You can presume that WordTarget sales go up every November during NaNoWrMo, where hopeful writers need to hit an average of 1,600 words per day.

Read the full piece because it tells you more, it has screenshots and I worked very hard on it. 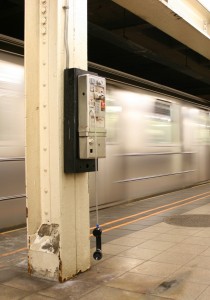 I’ve only got three phone calls I have to make today but I started at 11am and as I write this, it’s 11:13 and I am finished.

As you can expect and fair guarantee from any round of phone calls, they aren’t all finished and done with: right now I’m waiting for a call back from two people with more information and an email from the third. But the calls are all made and these issues are all underway and the response rate would be no different if I’d spent the day fretting over them.

And I do fret. Given that I’m a journalist and it is routine to phone people up, I find it really hard calling for myself. So I do several things to make it better. To make me do it, really.

There’s quite a bit about this in The Blank Screen book (UK edition, US edition) but since writing that I’ve been focusing on one particular piece of advice I learnt for it. I’ve made making calls be my thing, be the work I have to get better at. And I’ve done it by making days like this. All of which boil down to this:

You don’t go into any meeting and you don’t ever pitch without knowing who you’re talking to and what it’s about. So I take some time during the morning to build up a list in Evernote of who I am calling. I run my life through the To Do software OmniFocus and it’s very easy to use that to get a list of calls to make: I just tap or click on a button marked Phone and it shows me every call I have to make in every project, ever. But if I then start writing that out in Evernote, I can build up this:

Who I’m calling at what company

What their phone number is

All obvious stuff but each line does something in particular. The first one, who I’m calling where, that acts as much as a heading as it does a To Do. Then the bit about their number is crucial – I know that sounds obvious, I know you’re thinking that without it I won’t have much luck calling them but it’s more than that. The point is having the number right there. See the name, ring the number, go. That’s the plan.

Then the specific aim is equally important to both sides. Usually there’s just one thing you can get done in a call so I pick that and we’re off. Knowing it, knowing it precisely and having written it down focuses me on it so that I am right on the topic and they get a quicker call out of me.  And similarly, how we last left something means I sound like I am on top of things, I am fully aware of what we’re doing and also that I’m moving this stuff on, I’m not hanging about, I’m not kidding. Without being rude or abrasive, you know I am working and this is business and as much as I may like nattering with you, today we’re doing this thing.

I do also use Evernote to make notes about the calls and that’s not brilliant yet. What I find is that I will build up a lot of information under a call but then the next time I have to call them, that information is back in the previous day’s call list. I need to get more organised about copying the information out and into a single place per person or per project or per something. Not sure what yet.

But it’s surprising how much sheer data you can write up about a call. I record just whether I got them or voicemail, I make a note that I said I’d call back and perhaps when if I said a particular time. Also any numbers they need to tell me like fees or contracts or purchase orders. The list goes on and on.

One extra is that I also record the time of the call. I do that in Evernote but using a TextExpander snippet. As the phone rings and as I’m reading, I will type the words “Called at…” and then the TextExpander snippet ;ttime – a semi-colon and the word ‘ttime’ which pops in the current time. If it’s a long call or I’m routing through a hundred service desks who keep me waiting, I’ll log the time along the way because why not?

Then the last thing I do after all the calls is I make a note of them in a separate Calls Made list in Evernote. This has no function at all except to make me want to make more calls. It’s showing me that I’ve made 162 phone calls so far this year and, hand on heart, I wish I hadn’t looked because I thought it would be more impressive than that. Just 162 in five months? I promise to do better.

I said earlier today that my wife Angela Gallagher and I had been at a hospital appointment. It was an oncology one and she was officially signed off after her years of treatment for breast cancer. I come out of there and I write Time and Emotion, a Blank Screen entry – she comes out of there and she has written a poem.

She gave it to me to read on our way home and I sobbed.

I want you to see it too:

Six years three months since the hair fell out.
Lying under my husband’s gentle hands –
An odd sharing –
A shaving of the ridiculous remnants. Wisps of hair
cut off by him.
Cut off by him.

Five years eight months since the second op.
The insidious spread to the lymph glands –
Cut them out.
Cut them out.

Five years three months since the return to work.
Escaping, tasting the weather again.
The sweet, gradual return to the life everyone else has,
The life lived by them.
Lived by them.

Today the oncologist signed me off.