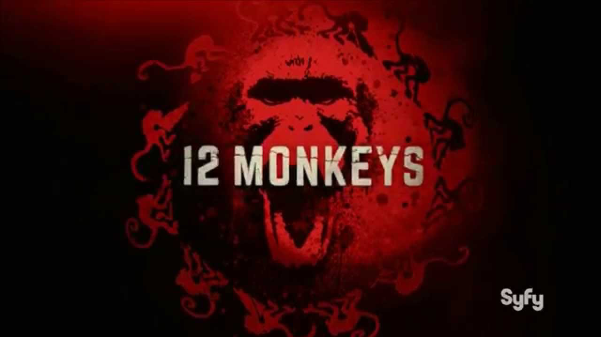 I’m a dozen scripts into my read-a-script-a-day thing and, curiously enough, the 12th one I read was the pilot to 12 Monkeys by Terry Matalas and Travis Fickett. And it’s put me in mind of something about writing that I realise I’ve been at risk of forgetting.

There are of course differences between various drafts we write of scripts and then naturally there are differences between that and the final cut of the filmed version. However, when all of it works, I think these different drafts tend to concentrate and improve the same things regardless of how many monkeys are in your story.

You’re thinking that’s cheaper and I won’t disagree for an instant. But there’s more. It takes 4 pages of script which includes 17 dialogue speeches. On screen, it takes 1 minute and has 1 long voiceover with just a single speech at the end.

I loathe voiceovers to the extent that I would’ve argued against this one as I would any of them – but I’d have been wrong. This one works and hearing it again now after watching three seasons of this show, I find it delicious that the very opening syllables set up something that recurs and has repercussions throughout the show.

But what I really like is that they ditched 16 speeches and left us with just the last one. As it happens, that too sets up a recurring theme but it’s also intriguing by itself. A man crouches over a body so long dead that it has decayed to a skeleton and he says to it: “See you soon”.

By dropping two characters, ditching costly effects and even saving on the wardrobe costs by losing the protective clothing, there’s no question but that the teaser scene is cheaper. But it’s also better because it keeps what matters and discards everything that doesn’t.

We overwrite. And we overwrite explanations. Worse, we abdicate opinions – wait, I need to explain that one a bit better. There’s a moment in the 12 Monkeys pilot script where that man, James Cole, has to kill a colleague. He does so and it reads as quite a jolt but then we get this from another character:

RAMSE: Had to be done. No choice.

You know that is said so that we are on the side of Cole, that we know he’s a Good Guy. What it actually does is externalise something that we should be thinking and feeling ourselves: we should be making our own mind up about this character. Given that the situation as written is bleedin’ obvious, you’d have to personally know the character being killed in order to disagree with what Cole has done. So telling us that it had to be done, no choice, is actually distancing us from the characters. It’s weakening our reaction to them therefore it’s weakening them.

That whole sequence is gone, possibly because it involved a fifth character and some flame thrower fire effects, but whatever the reason, its absence is an improvement.

Here’s one that stays in the show but is also improved with a new draft.

Cole puts the gun to his [Frost’s] head.

CRACK! The back of Frost’s head blows out

That’s Cole killing someone else – this can be a violent show – but here’s how that plays in the aired episode:

Cole puts the gun to his [Frost’s] head.

CRACK! The back of Frost’s head blows out

That’s it. No dialogue. I actually don’t dislike the “Let’s find out” line because it makes sense in the context. But still it’s close to something I loathe: the 1970s US TV wisecrack.

If those ever worked, they don’t now – go count how many times they do it in Star Wars: The Last Jedi and cringe – but I think it also points to something fundamental. Less is more.

I’ve read multiple drafts of scripts and I’ve seen how the video editing suite is really where a final draft is created. When it works, when this is done right, each new draft simplifies things. Yes, it probably makes things cheaper. But it makes it clearer, it pares down, it whittles down to what matters.

I’ll keep that in mind as I continue reading scripts but I hope I’ll also keep it in mind as write them.

You can read the 12 Monkeys pilot script online. The fourth and final season airs sometime this year and the first two are now on Netflix UK. The first three are on iTunes.