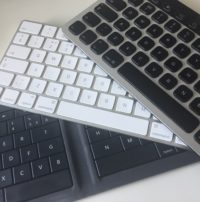 Here’s an example of writing too quickly: this week I was made Deputy Chair of the national Writers’ Guild of Great Britain. The End.

I mean, that’s factual and it’s entirely accurate, but it doesn’t do anything else. You can guess how I feel about this happening but that’s more because you’re you and you get these things, it’s not that I’ve conveyed it at all in the writing.

Actually, I’m not sure I’ve grasped it all in order to convey it in the slightest, but the fact that this is taking a time to settle in my head is one thing that’s made me want to talk to you about something else. The other prompt is that I’ve just had a report on a script of mine and it’s more praising than the best reviews I’ve ever got for things that have been made.

I can tell you the report was so good because it’s also a rejection. I nearly didn’t read it: once you read the first ‘but’ in the email, you know you’re out. On the rare times I get any more detail I will file it away to read later and then never do, but this time it was more.

Specifically, I’d written the script at lightspeed and it failed so I knew the whole idea was rubbish, my writing just didn’t cut it. I was going to scrap that and write something else.

For some reason I read on and, cor, you should read this stuff. I now think it’s my best work in ages. Okay, my best rejected work, but still.

So let you and I both take a telling from this: read the feedback.

Feeling good about this does put the idea back on the top of pile but it doesn’t take away the fact that I wrote it at ludicrous speed.

And that’s what I’ve been thinking about on multiple long train journeys all week.

I think I write at my best when I am writing at speed – and that this isn’t good enough.

I’ve seen this before, most especially with articles and books where if it comes easily, it reads the best. When it’s a slog, you can feel that as a reader and the life is gone from it.

When there’s time on an article that’s gone wrong like this, I will walk away, come back and try a second blast-draft to see where I get. Invariably it’s better but invariably I also hold back because I’m afraid of getting it wrong again. So we get a third go and it becomes okay. It’s only ever very good when it flowed easily the first time.

I did think about this sample script for a fortnight and it’s an idea I’ve had plus written short stories around for at least three years but the total time from writing FADE IN: to about 15 pages later is measured in hours. Single-figure hours.

Which is all very nice for me. Except I can make a good article this way and I believe I can write a fair book, but there’s a limit with scripts. I think at my best I am able to make a script be very, very good – but not great. But lacking.

And that’s the problem. It needs work – this script, all scripts – and the more I work at a piece, the worse it gets.

I’m going to have to pull my finger out, aren’t I?