Don’t they know we hold off popping the bubbles in bubble wrap so that we have something to do in the afternoons?

The Wall Street Journal reports – and explains why this horrendous cruelty is being inflicted on us.

Well, the odds are that it isn’t. This is the new feature that scans your entire Evernote database and tells you exactly how many relevant articles there are in the Wall Street Journal. I could tell you that now: none. Ever. Not a one.

I can also tell you, though this is more of a guess, that Context scans your Evernote notes really slowly. Because when the new feature appeared in an automatic update on my iPhone, Evernote became unusable for hours. Buttons wouldn’t respond, screens wouldn’t scroll. I filed a bug report and I’m a premium user – I pay for various extra bits above the very good free offering – so I knew I’d get a response and maybe a solution within 24 hours. That didn’t help me right there and then when I needed some information in order to get where I was going.

And it didn’t help me within 24 hours, either. I got my first support response back at just under 240 hours. But in fairness, they apologised and extended my paid premium subscription by a few months.

And the app had righted itself by then. So I suspect that the slow down was due to Context indexing the articles but I can’t prove it and there’s little point asking an idle fact when a support request that says Evernote has been rendered literally unusable gets ignored for ten days.

The result of that indexing, by the way, was of course nothing. There never will be any relevant article in the Wall Street Journal and I could’ve told you that. I did tell you. Moments ago. But now I can tell you with gusto because it didn’t find any to flag. Maybe, though, things are going to change now – because the Japanese media firm Nikkei has joined the party. Any second now, Evernote will go looking through my notes to find relevant articles there. What are the odds?

Nikkei is the first international news source that has been integrated into Evernote Context and the partnership is expected to become available to Evernote Premium and Evernote Business subscribers by early 2015.

Evernote Context looks at data in your files and feeds you news articles and other information that it thinks you will find relevant. As TechCrunch’s Ingrid Lunden noted last month, this builds into Evernote’s attempt to build its content discovery play, a similar strategy to the ones taken by Facebook and Twitter as they seek ways to encourage people to spend more time on their sites. Libin has said that Evernote is considering an IPO within the next few years.

Evernote’s partnership with Nikkei is also interesting because it’s a reminder that a good portion of its international user base comes from Japan.

Cool. But I hope the Evernote users who do have anything that could be called relevant to Nikkei or the Wall Street Journal like the fact that they do. And that the rest of us can switch the stuff off. 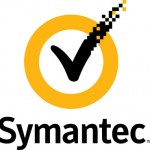 So this guy, right, he rings me up to ask what I think of him installing anti-virus software on his PC.

“Have you got the box there?” I asked.

He did. Rattled off every detail on the back and said: “So what do you think, William?”

“I think you now know ten times more about anti-virus software than I do.”

I’m not blind to the problems of viruses and security on computers but I am on a Mac, it is true that I don’t have to think about it so much. I’ve grappled with the issue when setting up people’s PCs enough that viruses are one reason I stopped ever doing that: I can’t tell whether you’ve got a virus because I did something wrong or because nobody could’ve stopped it.

Apparently nobody could’ve stopped it. Symantec, long-time maker of anti-virus software, says that there’s no point to it: anti-virus doesn’t work. Brian Dye, Symantec senior vice president for information security told the Wall Street Journal that anti-virus “is dead”. Now, he then went on to say: “We don’t think of anti-virus as a moneymaker in any way.” That’s a significant difference: I’ve no reason to wish Symantec stops making money, but your lack of cash income doesn’t equal my having to give up on anti-virus.

That Journal interview is focused on what the company is doing with its business and it’s true that Symantec is moving away from anti-virus software. It’s also true, unfortunately, that it’s because such software isn’t working any more. Says the Wall Street Journal:

Symantec Corp. SYMC -0.05% invented commercial antivirus software to protect computers from hackers a quarter-century ago. Now the company says such tactics are doomed to failure.

Antivirus products aim to prevent hackers from getting into a computer. But hackers often get in anyway these days. So Mr. Dye is leading a reinvention effort at Symantec that reflects a broader shift in the $70 billion a year cybersecurity industry.

Very broadly, anti-virus software works by recognising virus code – and it recognises it by comparing it to a database of existing viruses. That always meant that a brand-new virus would get by because it didn’t match any previous one and this is, again very broadly, why you’d have so many updates to anti-virus software. Now viruses and other malicious code tend to be new. According to the Wall Street Journal, “Mr Dye estimates anti-virus now catches just 45% of cyberattacks”.

What this means for Symantec is that fewer people are buying its software. What this means for users is harder to tell: Symantec, McAfee and Norton are reportedly moving to software that detects suspicious activity more than it does this code-comparison.