Well, they still have computers and phones and they’re glued to web browsers but if you’re a rich kid, you are using the internet to get ahead. And if you’re poor, you’re not.

Compared to their poorer counterparts, young people from upper-class backgrounds (and their parents) are more likely to use the Internet for jobs, education, political and social engagement, health and newsgathering, and less for entertainment and recreation,” Putnam writes. “Affluent Americans use the Internet in ways that are mobility-enhancing, whereas poorer, less educated Americans typically use it in ways that are not.”

Rich kids use the Internet to get ahead, and poor kids use it ‘mindlessly’ – Jeremy Olshan, MarketWatch (17 March 2015)

Read the full piece for how and maybe why.

There’s a new free iPhone app called Checky that counts each time you tap your iPhone awake. It is fun and a bit sobering but unfortunately it’s also wrong. Listen, I’m not in denial here. I noticed around 1pm today that it reset to 0.

Go grab Checky anyway. It’s free and if you’ve just got an iPhone 6 or Plus, it might give you a sense of your new-toy addition. 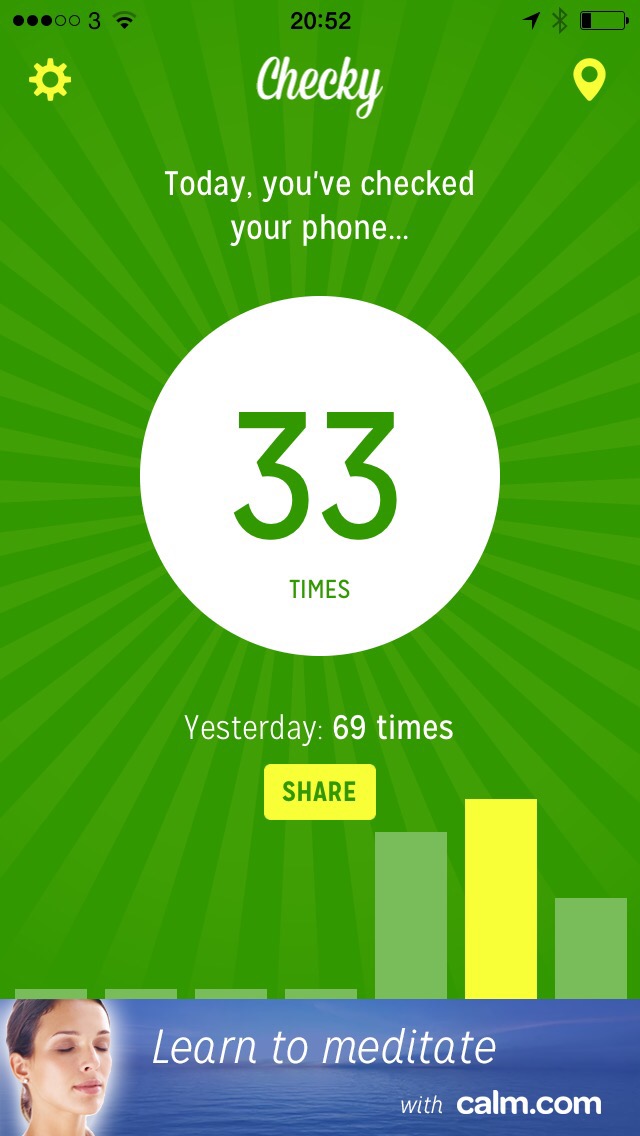