Countless times I will feel my iPhone vibrate with an alert or a message and I will get it out of my pocket – only to find nothing. No message. No notification. Nothing.

Up to now I have suspected that I am psychotic or that someone at Apple is gaslighting me. Granted, these are extreme possibilities.

But they’re better than the idea of my very soul so aching for human contact that I am creating my own vibrations by telekenesis. Which I’ve also wondered.

I sound like I’ve got the answer to why it happens but really I’ve only got reassurance that it happens to you too.

In 2010, a team of researchers from Baystate Medical Center in Springfield, Massachusetts asked 232 of their colleagues to answer a questionnaire about phantom vibrations from their cell phone (or, more correctly, from the area where their cell phones usually are). Of the 176 who responded, 115 — 69% — stated that yes, they experienced the disconcerting fake alerts like the type described above. The researcher’s plain-as-day conclusion: “Phantom vibration syndrome is common among those who use electronic devices.”

The article does go on to suggest reasons and answers and possibilities but I’m just happy to not be alone in this profound manifestation of a longing and a yearning that rests within my soul, like.

What causes it? There are a lot of theories. Discovery News suggested that “[i]t could be because cell phones produce electrical signals that transmit the feeling of vibration directly to a person’s nerves or simply because of the mental anticipation of alerts.” Mental Floss explains how the first of the two theories would work, likening it to “a physical stimulation similar to what happens when your phone is near a speaker and you hear that weird buzzing sound as it does a ‘hand shake’ with a cell tower and gives off some electromagnetic interference.” And the anticipation aspect is not dissimilar from any other sort of psychological conditioning — we are so used to our phones vibrating that our brains make it feel like it is happening when we “want,” not when it actually does.

This made me laugh.

There’s no magical length for a Tweet, but a recent report by Buddy Media revealed that Tweets shorter than 100 characters get a 17% higher engagement rate.

Both of these are from an article on Buffer.com. (Buffer is a service that lets you write tweets in advance and it posts them to a schedule you specifiy. I’ve started using it on Fridays for when my personal blog, Self Distract, goes up. I’ll write the first tweet about it live but I’re recently used Buffer for the other times I mention it, specifically around lunchtime and early evening on Fridays – because otherwise I often forget.)

I have no reason to doubt or suspect or really in any meaningful or statistical way do anything but completely believe this information about writing short tweets and updates.

I am just humanly incapable of ever doing it. I see writing as our getting to talk, me and you, not as some trigger to get a reaction from you. Let alone to get 17% more of a reaction.

Plus I wish places would stop calling things scientific when they mean statistical. 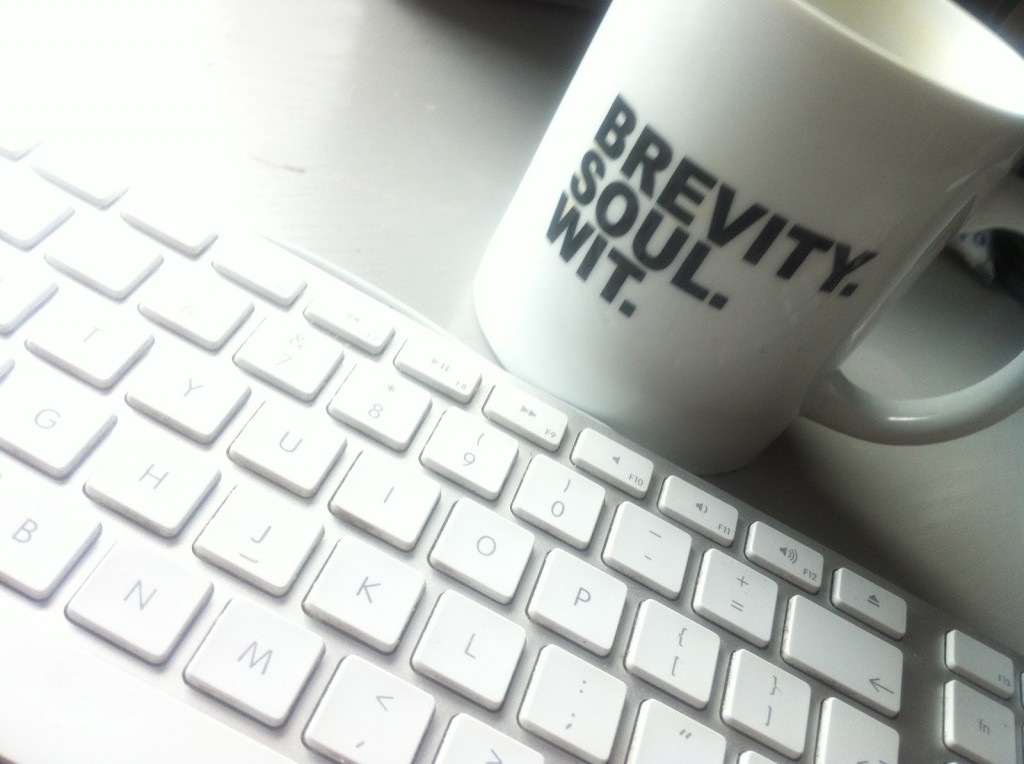 That’s a phrase from Alan Plater’s writing that has stuck with me. And there are times in the middle of the greatest whirlwind when I truly have to stop. I have to stop being me, I have to go away for a short time. I thought it was just me and I thought it was my body’s way of saying I need to take exercise so that’s two reasons to ignore the signals. But Lifehacker and Medium say it’s a real thing and they advocate doing something about it. Specifically this:

Every day around 3pm, my brain gets weary. I’ve tried numerous techniques to counter this challenge: coffee (especially when McDonald’s is giving away free smalls), splashing cold water on my face, surfing around online, snacking. Yet I’ve found one technique to be the most effective: going for a walk.

Why You Should See Quiet Every Day – Lifehacker via Medium

I knew exercise was involved. Read the whole piece for how much exercise and why it works.