Last week, at the Aspen Ideas festival, there came an interesting little moment between Kentaro Toyama, a computer scientist, and Jim Steyer, a lawyer and entrepreneur. Both declared that they’d banned laptops and other electronic devices in their lecture halls.

“Many of the students actually appreciate that,” said Toyama, who teaches at the University of Michigan, “because it encourages real discussion, and they know that as soon as there’s a laptop in front of them, they’re going to start Facebooking each other, and that means that they’re not present for the class.”

Steyer jumped right in. “You should know that in my Stanford classes five years ago, I started banning laptops,” he said. “There was no way they were paying attention. They all whined about it constantly for the first three weeks.” He added that his colleague, with whom he co-taught the course, was terrified they’d made the wrong choice. “She was like, They’re gonna just kill us on the reviews!” he said. But by the end, their students, too, expressed gratitude.

The Case Against Laptops in the Classroom — Science of Us

Read the full piece but please print it out first. Concentrate. There will be questions.

This isn’t productivity and if I were being productive I’d have told you about it sooner. But the annual Writers’ Toolkit event is on in Birmingham today and I’m there all day. Here are the details of the event.

I’ve produced one panel for the Writers’ Guild – and will be there all day representing the Guild so look for me at the stand, would you? – which I’m particularly keen to see. The Job Lot’s Stuart Lane and film writer Andrea Gibb are talking about Writing for the Screen at 10:45.

But then I’m also speaking on another panel about being a non-fiction writer and I’m getting to chair a discussion about how writers can, should and do use the internet.

It’s always a good day and I’d be going even if I weren’t working. But I might have got to sleep in a bit more if I were just strolling up to enjoy it all.

I think that’s a fair summary, if you rule out that it’s rather costly. And if it isn’t a fair summary, this is: the new iMac has the best display it is physically possible to purchase.

Two years ago I was havering over moving to an iMac and one thing that held me back was that a version with the so-called Retina display was coming. A Retina display, as defined by the iMac’s maker Apple, is one where someone with normal vision, sitting at a normal distance from the screen, can no longer distinguish individual pixels.

I reckon aging does the same job but, still, you see a Retina screen iPhone and you ain’t going back to a non-Retina one. Or at least I haven’t and won’t, so the iMac getting such a screen was a big deal. It didn’t happen then and I bought a 27in iMac that I suppose one must now call non-Retina. It is still the most beautiful display I’ve ever owned and that I get to work on this machine every day is pretty much a treat.

If I am more productive now than ever then I would put it down to OmniFocus and my iMac. That computer has let me get on with things more than ever before, and I’ve owned Macs since the 1990s.

I’m not going to own this one. I’m not. I’m not. I don’t want to see it. Keep it away. But The Verge has done a video review of it and I think convey everything very well. It’s like whenever you see an ad on TV for a new TV, they can go on all they like about the picture being better but you’re still looking at it on your old rubbish screen. There’s an element of that here but I think it’s really protecting me from a purchasing decision I do not need, I do not, I do not, I do not.

Oh! Here’s a fact for you. You know the new 4K TV sets with utterly where’s-my-jaw screens? The new iMac is 5K. Carry on. 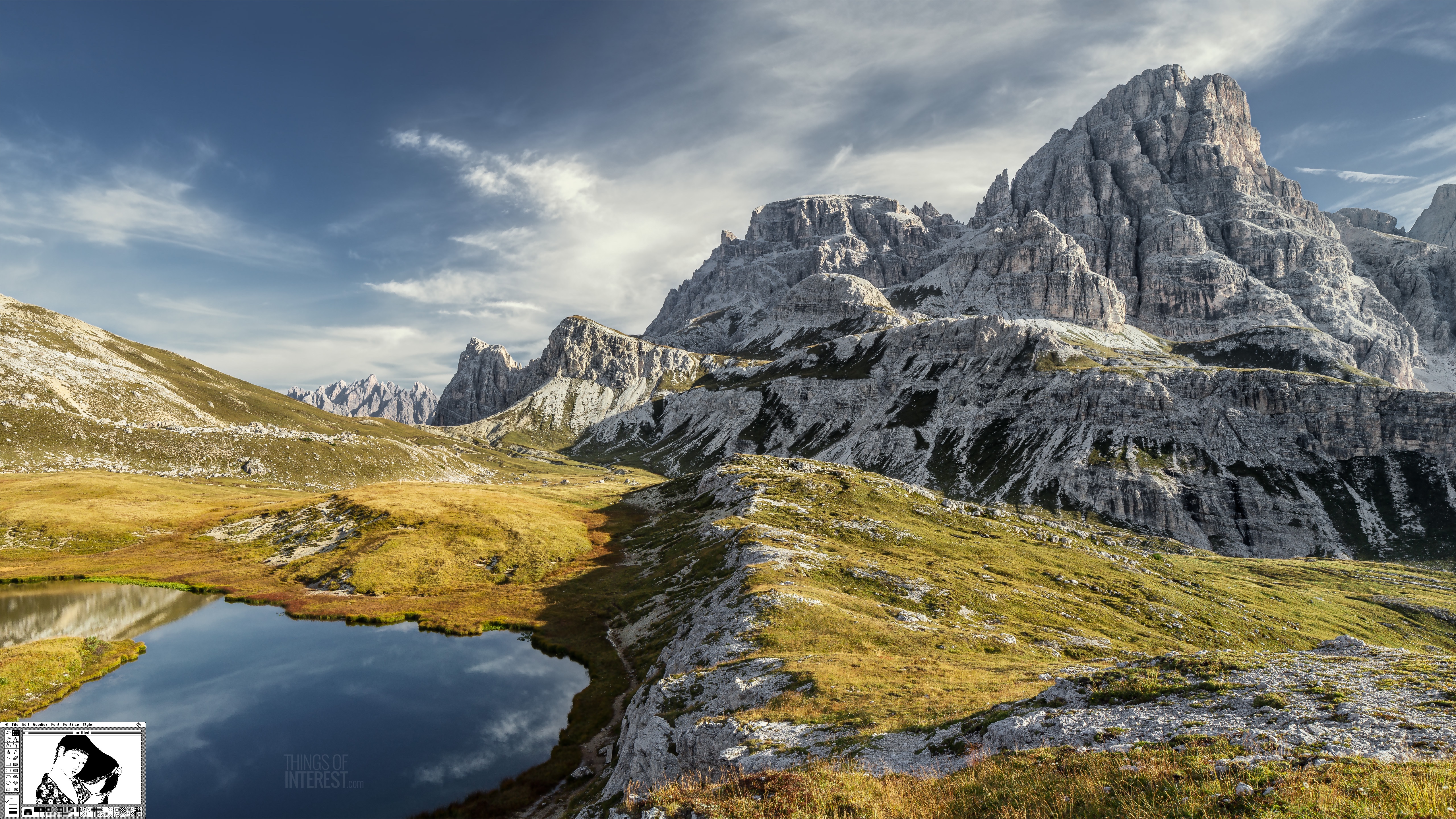