Previously… the Facebook app was shown to be a bugger for sapping your iPhone battery for no damn good reason. It’s still doing it. Ever since learning that about the app, I’ve had a habit of killing it each time I come out.

To be fair, I also kill it because I’ve had people believe I was online when I wasn’t. They got quite ratty.

So that was two good reasons to force-quit the Facebook app and I did, I do, I will. I’ll just avoid using it much more now.

Because of iOS 8’s great new feature that tells you what’s eating your battery time. Look at this. And tell me I really used Facebook five times more than I did OmniFocus yesterday. 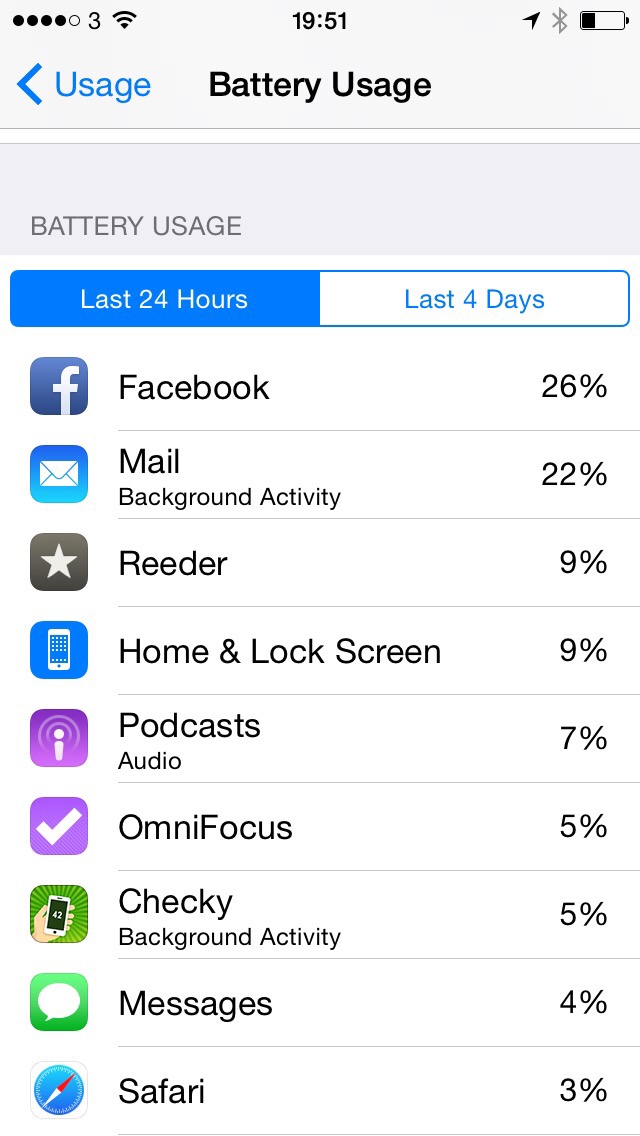