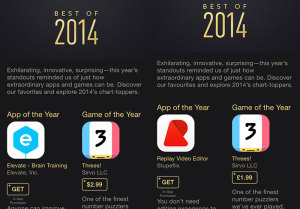 Interestingly, both Elevate and Refresh are available in the two stores. I just don’t know anything about them because I’d not even heard of either until twenty minutes ago. This is another thing that makes me wonder if they are really the best app(s) but then that is being a bit parochial of me. Maybe I’m just looking for my favourite apps of the year and these aren’t them.

If you fancy the brain training utility Elevate – seriously, I don’t know anything about how it elevates your brain, you’re on your own there – or Replay then you’ve just read over the links.

I’ve been a TV historian – as in, I write articles and books about television history, not as in I’m Michael Wood – and it’s been a problem with my writing. I was in a script meeting where a fella wanted me to do a scene in a certain way and I couldn’t because I’d already seen it in TV dramas. A lot. I mean, a lot. To me, it was a roll-your-eyes cliché and while I wasn’t rude or stupid enough to use those words, I did make it clear that I wasn’t going to use those words.

“You know it’s been used before, but the viewers don’t,” he said.

I thought then and I think now that this is bollocks. We have all seen umpteen thousand TV dramas and maybe we didn’t all concentrate on them as much as I did, but I suspect we did. I’m trying to remember this specific scene so I can tell you and you can roll your eyes.

I thought I had to come up with something new. I was and I am aware that this is a painful thought as there is so much I haven’t seen, so much I haven’t read that the odds of my finding something genuinely new are about as high as the chance I’ll find a way to end this sentence without saying low or nonexistent.

Still, it was okay for me, I felt it was okay, if the thing I found was new to me. If it were new to me and it did something, it took me and the audience somewhere, if it meant more than its surface, if it had more to it. I believe this today.

This is going to sound a bit obvious but it came to me yesterday like I was on a bus to Damascus.

You can take an old idea and find something new in it. 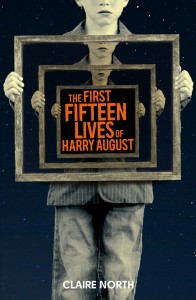 Follow. Yesterday morning I was reading through my Google Alerts and there was reference to a new novel called The First Fifteen Lives of Harry August. By the time I’d read the reference, I’d got the sample chapters off iBooks and by the time I’d read those, I’d bought the novel, and by the time yesterday was over, I’d finished reading it. Some 400-odd pages during the day. This may be the least productive I have ever been, and as I’m the laziest man you’ll ever meet, that is indeed saying something.

It’s an interesting idea and you can see a lot of drama potential, but the reason I got the sample rather than going straight to buying the whole book was that I knew that idea already. It’s Replay by Ken Grimwood. 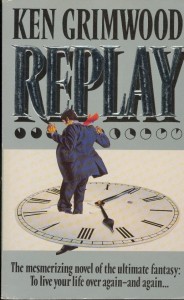 This reborn as yourself idea isn’t so common that you roll your eyes, it isn’t one that crops up every two years in EastEnders. But it is extremely distinctive. If you’ve ever read Replay, it’s stuck with you and you’re going to think of it when you hear of this new novel.

But apart from this one, gigantic, unmistakeable same idea at the start, Harry August has a second gigantic idea. One that could not work without the first one. It’s this. As he’s coming to the end of his life in the 1990s, he meets someone else going through this born-die-born cycle. But as he’s a dying old man, she is a little girl. And she has a message she needs him to take back to when he was born in 1918.

That idea could not exist without the same Replay-style idea at the heart of the book and it makes this a totally different – and I’m going to say totally new – type of story.