You get too much email and – more importantly – you react to it too quickly. Even if you’re the sort with self-control enough to not reply to someone until you’ve given their question proper consideration and maybe looked up if it’s one g or two in ‘bugger off’, you still react too quickly. You react to the bleep.

So stop the bleep.

Except of course it is interrupted. It’s interrupted by the bleep or the red flag or whatever your system has.

But your system has an off switch. So switch it off.

On iPhones, for instance, just go into Settings/Mail, Contacts, Calendars, and then click on Fetch New Data.

It will be set to Push but turn that off and then make sure everything is set to Fetch. Beneath that there’s a definition of what fetch means plus how often it will do it. 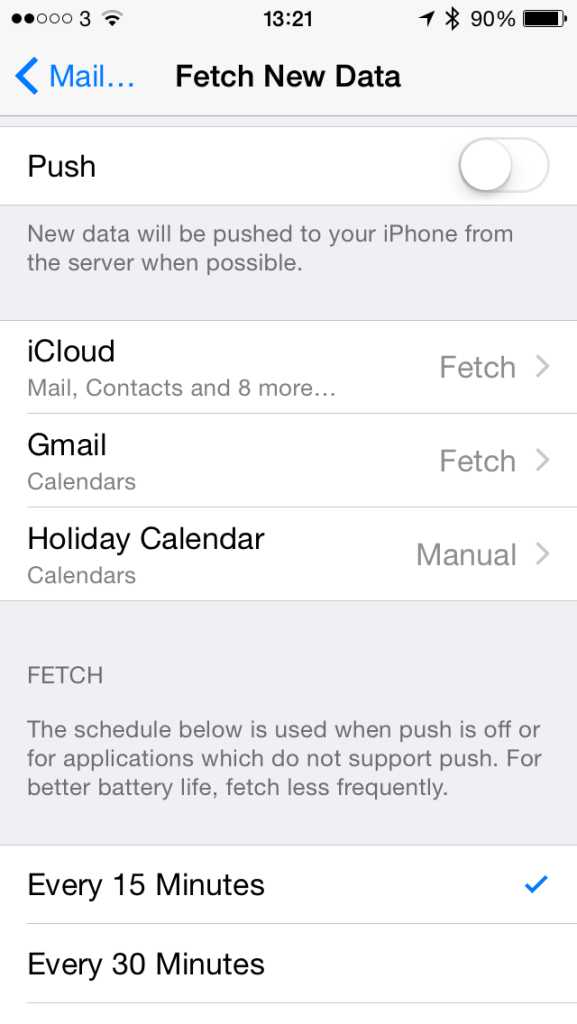 Mine’s set to check for new emails every 15 minutes there but I will regularly change that to Hourly. It’s a shame you have to dig down all these levels to it, but once you know it’s there, you’re away.

I have no idea why my iPhone has a holiday calendar, by the way. I just schlepped through a storm trying to get Google Calendar to play nice and when it finally did, I had a holiday calendar on there. I’m leaving it well alone.