It’s still not out in the UK so you’ll just have to trust me here, but there is this iPhone app called Refresh which parses your calendar and prompts you with conversation starters for people you’re about to meet.

Refresh is very clever and it seems supernatural how it combs sources like LinkedIn to present its information. But as well as the fact that I will never use its suggested conversation openers – I prefer “Hello” to “Say, weren’t you on holiday in Marakesh from 16 July to 18 August?” – there are oddities. And these oddities keep reminding you of how Refresh is sitting on the very line between useful and creepy.

It’s meant to prompt you before a meeting and it does so, but not always. I forgot that I still had it after reviewing the app. Until one day, two months later, it pinged with details of the woman I was meeting to discuss a writing project. I showed her what it said and she revealed that it was all wrong: she had purposely lied on LinkedIn and Facebook in order to defeat this kind of thing.

A few weeks later, I was going to an event I’d produced and it pinged with what it called a dossier about a particular someone else who was going. That was freaky-plus because my calendar just had the event name and there was nothing I could see that named her – and didn’t name half a dozen other people that Refresh was ignoring.

But still, you know, even though I could just delete it and walk away, I am drawn back to it. There is something so smart about what it does that I’m fascinated at the algorithm. Plus, it gave me the name of someone’s partner and I’d forgotten it. So thank you, Refresh.

Except, last night I got something new. Have a look, see what you think. Is this what I was really doing last night? 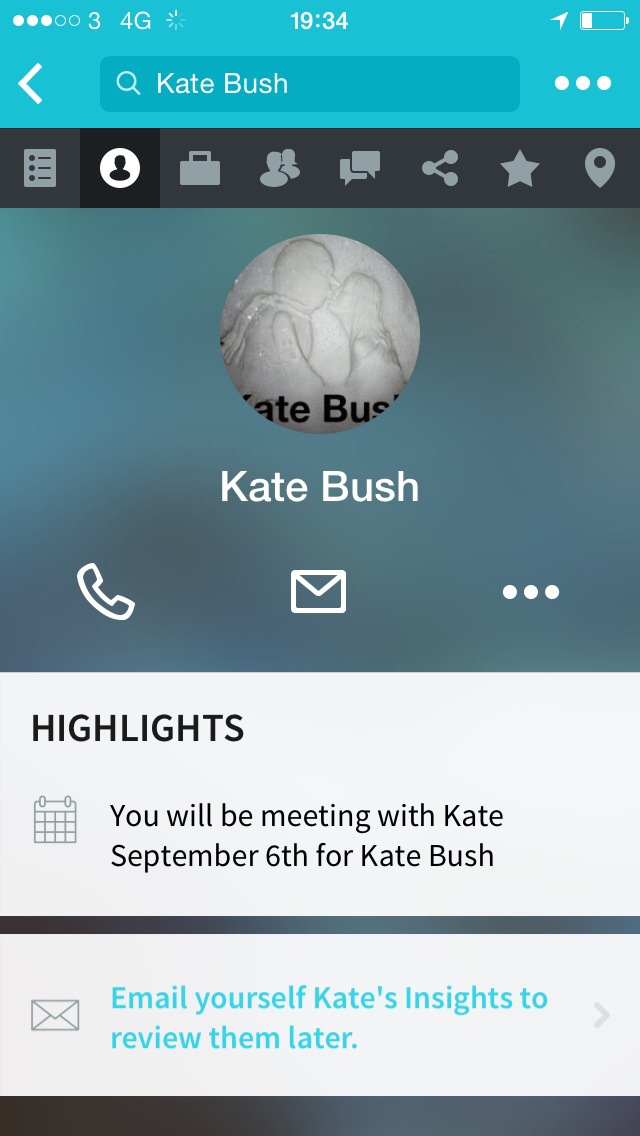