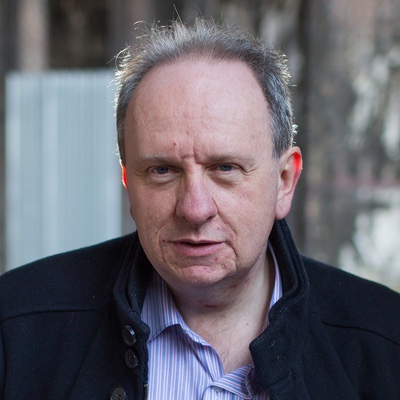 I deeply like and relish and appreciate having my mind changed. It is exciting. It’s also fun because I’m a man so if someone, especially a woman, does this to me then you get to see them blinking. Did he really just say aloud and in public that he’s wrong and I’m right? Where’s my diary? Can I get this on video?

Only, I have a slight sticking point on one subject that I spend a foolish amount of time arguing both sides of. I don’t usually do this with you, this isn’t something I arm wrestle anyone about, but it’s something that I’ll sit here for an hour internally debating.

It’s this. In my heart, I am a writer who resists and even resents the entire notion of outlining. That’s something you have to do at school, it’s something you are required to do contractually when you’re scriptwriting, but it is wrong, it is just wrong.

There are writers who like planning out in this way and I’m not criticising those psycho nutters. It’s just that for me, outlines constrict instead of construct.

Except I chose that in-my-heart phrase carefully because my head has gone somewhere else and I don’t like it, except that I do. I swear that I remain religiously anti-outline but, hang on, let me check something, okay: the iPad I’m writing on now has near enough 300 outlines in it.

There’s only about a dozen that are stories, though. The rest are workshop plans, event notes, a lot of articles where the topic was complicated.

I’m surprised it’s only 300. Thinking about it, I did have a clear out about a year ago. So that’s 300 outlines in a year. Given that I wrote fewer than no outlines whatsoever between leaving school and starting Doctor Who, that’s surprising.

Except I’m not surprised. For its not that I’ve turned to a dark side, it’s not that I’ve fundamentally changed my views on writing and what works for me in that. You don’t need your diary yet.

It’s that a few years ago I was so enjoying the boon a To Do app called OmniFocus was making to my life that I looked to see what else that same app developer made. I liked OmniFocus so very much that I even downloaded a trial version of what’s called OmniOutliner. It’s an outlining app for God’s sake and it was also expensive. I mean, I’ll gladly spend a lot of cash on software if it helps me enough to be worth it, but I’m dabbling here, I’m only checking something out because it’s related to another app. I don’t need or want an outliner and as sure as eggs are eggs and Word will lose your work at a crucial point, I’m not paying a lot of money for an outlining app.

Before the first day of using this trial version was over, I bought the app.

And then never used it again.

But only because the morning after I’d bought OmniOutliner 3 for Mac, the company brought out OmniOutliner 4 and all recent buyers got the update for free.

I’m telling you this now because OmniOutliner 5 came out on Wednesday and it is very good. I’ve been using a pre-release version for a month or so and I’ve planned more events, I’ve sorted out things I need to do, I’ve written a dozen or more articles and pitches that at least used it a little.

But I’m also telling you this now because of one thing about one version of this software that came out. It’s called OmniOutliner Essentials and it’s only $10. (You’re best off buying it directly from the makers and they’re a US firm. I don’t know what the UK equivalent price is.) That is about a fifth of the price I paid before.

But nonetheless, this is a preposterously cheap price for something that changed my mind about outlining. It still hasn’t changed my heart but while I will continue to stride off into thousands of words of script or page just to see what happens, I doubt a day goes by that I don’t open OmniOutliner for something or other.

It’ll be that this something-or-other is complicated. Or that I know one thing I definitely want to do, to cover, to write about, and I’m really just making a note about that before I forget it. Then tomorrow I might come back and add another point that’s occurred to me. When I’ve got twenty or two hundred points like this, I’ve got an article or maybe I’ve even got a story. And away off I’ll go.

I said that I enjoy it when people blink at me. I want to make you blink now. Here I am recommending OmniOutliner Essentials to you but you will never under any circumstances catch me using it again.

For while this new version still hasn’t got my heart, it has got me mind, body and soul enough that I’ve upgraded to what’s called OmniOutliner Pro. It’s Essentials with a lot of bells on and they turn out to be bells that I like.

If you have a Mac, go get the trial of Essentials and then see if you can resist buying it, see if you can manage to not splash out that whole ten dollars. I am as certain that you’ll like it as I am that I can never explain why it’s great yet Word’s outlining feature is a whole kennel of dogs.

If you have an iPad and iPhone instead, you could buy OmniOutliner for those and have a very good time but there’s a version of Essentials coming for it at some point.

If you don’t have a Mac, iPad or iPhone, then write in your diary that I said outlining apps are all rubbish, okay?