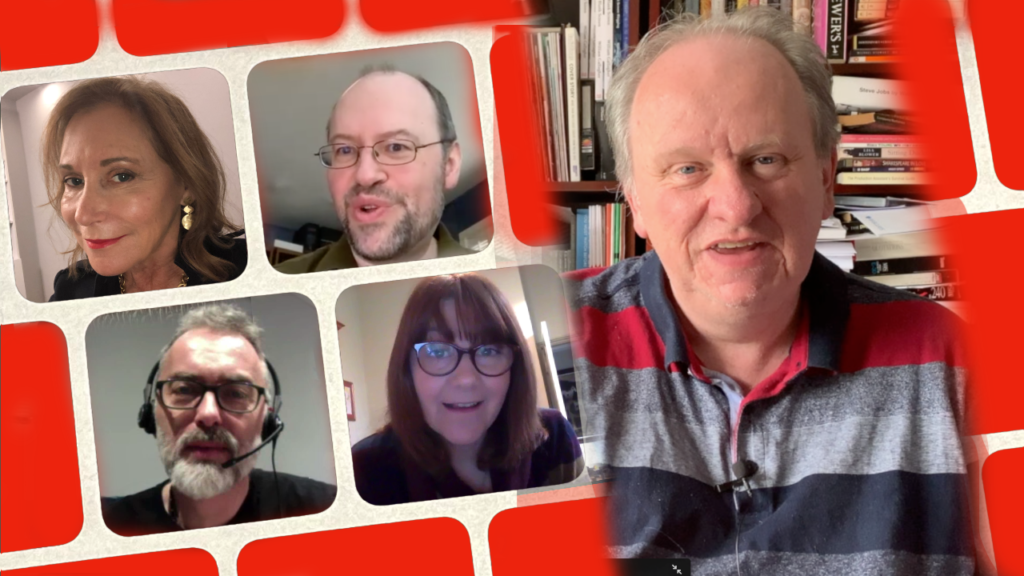 It’s been pointed out to me –– gently but absolutely correctly –– that one can spend so much time talking about writing and trying new writing software that you don’t actually write.

I felt caught out.

Also slightly guilty. But not so guilty that I stopped everything and did some serious writing. Instead, I’ve compromised and asked a whole series of other people to talk about writing instead.

Every day next week, December 22-25, 2020, there is an in-depth interview with a different writer on my YouTube series, 58keys. Normally that show is specifically for writers who use Macs, iPhones and iPads, since YouTube adores a niche and I’m quite fond of one too, but this time it’s for everyone. Well, for every writer.

The Writers’ Guild’s Martin Sketchley, for instance, does talk about his writing, but he’s got much more to tell you about his new service for Writers. His “Think. Feel. Write.” helps us develop as people as much as writers. Plus he’s an absolute expert on Scrivener.

Speaking of software, Ken Case from the Omni Group agreed to talk about his firm’s major writing app, OmniOutliner. Today is the first day in months I haven’t opened OmniOutliner, but only because it’s early. I know for certain that later today I will be planning out two complicated articles in it, for instance.

Actually, that might be the moment in next week’s more than two hours of interviews that tickled me the most. Ken confessed that he’d prepared for the interview by making some notes in OmniOutliner –– and I had to confess right back that so had I. We both had this app on our screens throughout. Love that software.

Then on another day, I want you to meet Debbie McAndrew. To me she will always be this superb theatre writer: never flashy, never over the top, always true and moving and funny. I relish her writing but she is also an actor and in our chat she brings up fascinating details about being on Coronation Street during one of the show’s golden ages for writing.

There is just something about combining things that interests me. Debbie has this enviably useful twin perspective on her writing, reaching deep into herself as a writer yet knowing so very well what will help an actor bring that work to audiences. Ken Case is a software developer who makes this tool for writers and Martin Sketchley has this split career of writing and helping other writers through his service and through being West Midlands regional representative of the Writers’ Guild.

Only, if I think doing these five interviews means I’ve really appreciated my interest in multiple perspectives, multiple different writing muscles, I must’ve known I was into this from the start because of who else I interviewed.

April Smith splits her time between television and novels. That would be enough to make me interested, but then within novels she can be doing crime thrillers or deeply absorbing historical fiction. And in, to me, the ultimate in developing and applying a writer’s skill, in television she’s both a writer and a producer.

You’ve just seen her latest work: April was a consulting producer on the tremendous Mrs America. And you’ve long heard of the first show she produced, that little thing called Cagney and Lacey.

In fact, let me tell you what I haven’t told anyone else yet. All five of the episodes are on my 58keys YouTube site daily from Monday to Friday next week –– that’s Monday to Christmas Day, it’s unbelievable that we’re at Christmas Day already –– and the schedule runs thisaway:

Every episode goes live at 07:00 GMT and will obviously stick around for you to dig into later. All five will then also go in my first-ever 58keys playlist, too.

Wait, hang on, that’s four. Ken, April, Martin and Debbie. There are definitely five interviews, I know there are, I was there, I saw them happen. Now I’m wondering which writer I can possibly have got to come out to play on Christmas Day.

It’s definitely a writer who has that very special feature of being available.

Come to think of it, I’m sure that’s how I get most of my work.