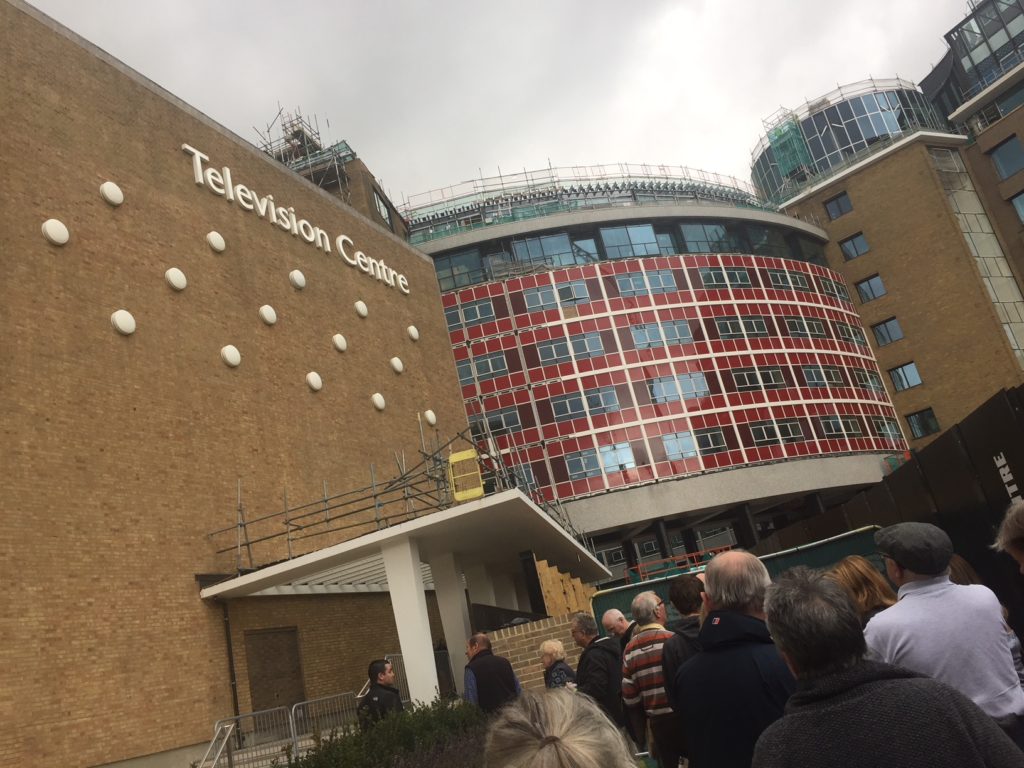 On Monday I went back to what was BBC Television Centre, one of those iconic buildings that you know will last forever – and instead was closed down five years ago. I thought I’d never go back because I thought it would never be there: I believed that it was going to be knocked down and replaced by luxury flats.

It’s been partly knocked down and mostly replaced by these flats. But the facade remains and when it’s fully reopened the statue of Ariel will still be in the centre of what was called the doughnut. That was the famous circular centre with production offices, that was the circular centre I spent months walking around before finding I was going the wrong way.

I am really deeply torn.

You can’t conjure up an atmosphere in a building, you can’t make it famous and important. You can throw all that away and I do think the BBC did: they sold it off, rented it back for a while and then let it go.

Only, now they’re renting a bit of it back.

If you stand in the front of the building and look ahead, you see the old circular doughnut done up with new red cladding. Look to your right and you see an entire, huge section of office building has been replaced by an identically-sized stretch of apartments.

The old TC1, TC2 and TC3 are still there. And now they’re being used.

I think Strictly Come Dancing: It Takes Two goes live to air five days a week from TC2 and I think some music show is shortly to launch in TC1.

But I can tell you that on Monday and for the next couple of months, TC3 is home to Pointless. Because that’s what I went to see.

Okay, no, I went to see Television Centre. But I was expecting to be profoundly unhappy at seeing the shell of this building and I needed something I’d like to see or I wouldn’t have gone. Wouldn’t have been able to face it.

And Pointless is fun: I think it’s startling that I saw the recording of something like episodes 1,221 and 1,222 but I had a good time. A head-jolting time as I recognised one of the production team from when I was back at TVC before.

But I also left reasonably contented that for the moment, TVC retains its slightly falling-apart feel. True, it used to be because it was slightly falling apart and now it’s because they haven’t finished rebuilding it.

If all of this truly had to happen then I think they’re doing it well. I just miss that place and I miss the me that used to work there so very much.