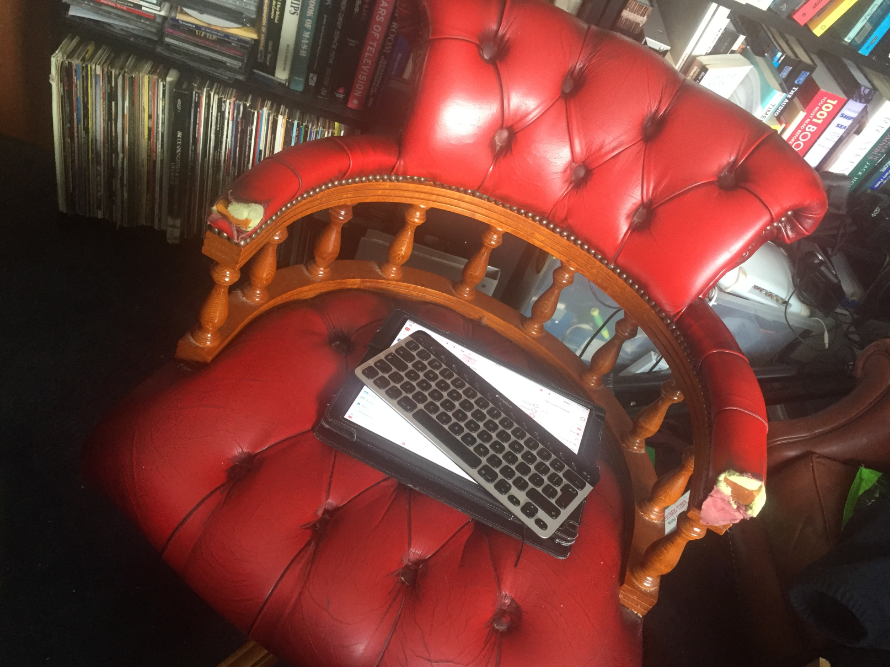 The first best writing tool is whatever you like. Even a pen. I’m not prejudiced. But I was planning to talk to you about what has become my second best, the thing that I rely on daily to get things done. And I was going to tell you about this specifically because it’s software that just got a major, major update.

It’s OmniFocus 3 for iOS and, actually, you can read my review of it on AppleInsider if you want details. That’s to say, if you want details plus a pixel of criticism amidst a near gush of adoration. This is a To Do app that I’ve become dependent on but whether as a someone who’s used previous versions for seven years or as someone who just appreciates great design, the new OmniFocus is remarkable.

What’s great is that it helps me clear out time to write, it makes me handle everything, spin every plate, and get me the gaps I need to work in.

This new version only works on iPads and iPhones. Later this year the Mac version will get this update too. And at some point there’ll be a version on the web. But there isn’t and seemingly won’t ever be an Android or PC version so for that reason, and only that reason, OmniFocus isn’t for everybody.

Whereas it’s occurred to me that the third best writing tool is. It is for everyone. Maybe not in the form I have it, but otherwise yes, it is.

By chance, three writers separately talked to me this week about not writing. It came in different forms as one finds she struggles with writing well to deadlines, another is annoyed at herself for not having written and the third is concerned that she won’t get a particular thing written in time for her deadline.

Let me add myself to the mix: I’m a writer concerned about getting several projects finished.

So it’s all of us. Including you.

And I think we should simultaneously lighten up and buckle down. I think, too, that a very small bit of perspective helps us: for instance, the way I heard from these other writers has helped me feel better about my own worries.

For I know that they’d each think the one who is annoyed with herself is actually doing well. They’d think that the one concerned about hitting a particular deadline is admirably doing something about it. And as for the one who is struggling to write well to deadlines, I’d give an arm to write how she does.

Actually, that last one is threatening to check in with me to see that I’ve worked on a particular project. That’s actively helping me.

It’s just that even the passive recognition that we’re all different yet we’re all the same and all inching forward is a reassurance.

We can and should lighten up in the sense of not beating ourselves around the head for believing we have failed to do something.

But the real reason to relax about that is not because it’s humane, it’s because you don’t have time. Forget what you haven’t done, sod the past, get writing now.

Lighten up and buckle down. I should make a poster.

For there was a fourth person this week. Someone I enjoyed talking with but is worried that writing is a lot of work.

There’s no getting around it. Which means my third best writing tool is my supremely battered Captain’s Chair.