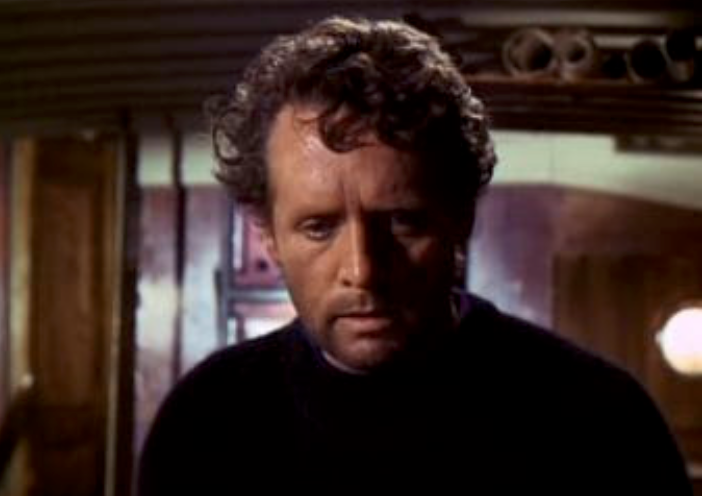 Previously on Self Distract… I’m a writer and I talk too much but still I wanted to persuade you that shutting up is a good thing. I believe you looked at me like that. But what was on my mind was how effective silence is in drama and Heide Goody pointed out that there were these entire wordless feature films that I’d forgotten.

She mentioned Buster Keaton and his silent movies are amazing.

Yet even as I was nodding in agreement and even as I was thinking she’s dead right and I should’ve thought of the silents before, I was also thinking about this.

There are silent films that didn’t need to be silent.

I mean movies and TV that deliberately chose to be silent for effect rather than because they simply didn’t have microphones.

I’m trying to remember the name of a television drama, some kind of military thing, where it went silent for one episode for no reason. Well, no drama reason. No story reason. I imagine it was several years into the run and the production team were bored.

Instead of characters speaking to one another, you had them pointing and gesturing like they were in a clothes catalogue. In every other episode the characters were played at least as if they intended to look believable but here they were amdram and if any had a moustache, you expected toiling.

Was it called Commando? Something like that. I can’t find it and I’m not one hundred percent unhappy about that.

Whereas I have found and will watch again one episode of The Prisoner.

It’s perhaps my favourite episode, Many Happy Returns by Anthony Skene, and for all sorts of reasons but one is that nobody speaks for about the first 20 minutes – and it is superb.

The silence is so well done that you don’t realise it’s silent. It’s so much a part of the story – Number 6 (Patrick McGoohan) wakes up to find the Village is deserted – that it’s natural. He doesn’t speak because there’s nobody to speak to.

Do you know, I just looked up who wrote it and found that the script has been published. What’s more, I’ve got the book it’s published in. Right, that’s going to be my 421st script read of the year.

That book is The Prisoner: The Original Scripts – Volume 1 and Many Happy Returns is on Blu ray shiny disc.