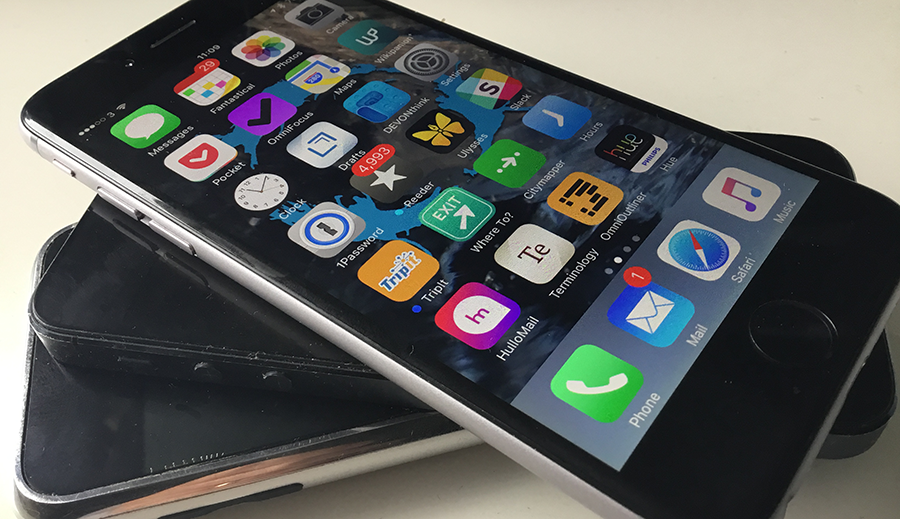 I learned a lesson from last week when I called our chat “58 Keys” and bemoaned, even belaboured, how much I loathe starting a sentence with a digit. Writer Garrie Fletcher pointed out that I could’ve written it as “Fifty-Eight Keys” instead.

I considered his point and concluded: “Bugger.”

So here we are with seven hundred and four thousand. I didn’t intend to use digits in any form this time: if I were planning to use digits again, I really think I should be talking your phone number and dialling it. Why in the world we don’t just talk over the phone or better yet over a tea, I have no idea.

I’m a bit more vague on two other numbers. Some number of years ago, I was doing a thing where either I was paid to see how often I used my iPhone on an average day or possibly it was a really average day and I was just very bored. Not sure. I’m also not sure what the number was. But I think it was about 200. That includes just picking the thing up to see the time and it probably doesn’t including making phone calls because – look at you and me – we never ring anyone anymore.

I’ve got a feeling that there’s some academic study that says iPhone users average somewhere around 200 uses a day. The Daily Mail says it’s 85 times but look at that source again, we can rule that out. Last year Apple said iPhones are typically unlocked around 80 times per day but the number of times I unlock it to do one thing and put it down again are few. A research firm I’ve never heard of before, dscout, says Android users touch their phone 2,617 times per day.

So I think my estimate that I use my iPhone 200 times daily is reasonable, maybe conservative. But that means that since they came out, I’ve used mine 704,000 times.

This is a device that didn’t exist a decade ago and now you never intentionally leave home without it. For about eight of those ten-ish years, I did not once leave it behind anywhere. Since I’ve had an Apple Watch, I’ve left my phone at home or in the car maybe a dozen times. Never deliberately, but still its demon lock on me is loosening.

Still, look at this thing. I’ve never written a book on one but I have written articles – I do a weekly Writers’ Guild opinion column and the latest one was written, edited and sent entirely from my phone – and I doubt there’s a book I’ve worked on that I didn’t write something for on it. Maybe a draft chapter. Absolutely without question some notes of some kind as I’ve been doing research.

I first read Jane Austen’s Pride and Prejudice on my phone. So that means I can’t have come to Austen until this last decade. She’s a bit life-changing all by herself: I’ve read her other novels since and I’ve re-read P&P and I’ve aspired to write as well as she did. Because of my phone.

Very early on, I remember stepping onto a train to Edinburgh while making corrections to a Radio Times article. I’ve sat on the London Underground making really fiddly corrections to PDF invoices that I then emailed as soon as I got up to street level. And got paid an hour later.

I’ve tutted at it when Apple Maps couldn’t find a place I needed. Then shortly afterwards I have sworn like a docker when Google Maps was able to find the place yet I then couldn’t find how to make the damn thing start the directions to there.

Oh! Sitting in a carpark near Birmingham City University, doing photo editing. I cannot recall what in the world I could’ve been editing, but it was for a job, it was for publication and it was for right now, please. I could do quite remarkable Photoshop-style work in my car using Pixelmator instead of driving home to my office to use actual Photoshop on my Mac.

Three weeks ago, driving in to Hull and telling my phone to play Misterioso by Thelonious Monk and it doing so. My car filled with the sound of this music that was appropriate to my job that day but which I don’t have, I’ve never owned.

Mind you, I’ve had an iPhone for 3,520 days so that would be just about 3,520 times that the bloody battery’s run out before the end of the day.