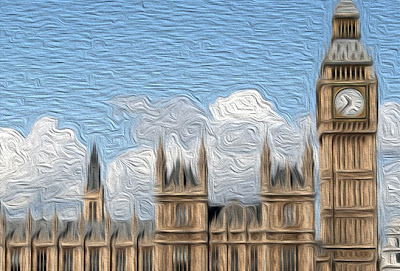 LONDON, UK – In the greatest single transformation of the British political system since its inception, the country’s government is to become a charity run by volunteers. Current Prime Minister David Cameron announced what would previously have been called a green paper but he insists be referred to instead as a “done deal”.

“Decentralisation, devolution and empowerment are naturally part of a Conservative approach to government,” he said. “We’re replacing the military with brave volunteers in the Territorial Army, we’re encouraging more unpaid special constables in the police by a vigorous programme of cutting back on all forces and services. I’m personally determined to get rid of all social workers, retail staff, doctors and other scroungers who are pulling our nation down. To all the sports people who were so great at the Olympics I say thank you, done that, we don’t need to fund you anymore, look at the games makers. They didn’t whinge.

“This government will now become a charity. This is the natural next step in bringing power back to the people, it is the next step in securing Britain’s bright future, it is the ultimate step in our Big Society.”

Work on transitioning to volunteer charity status has reportedly already begun and the entire system will be in place by May 6, 2015. “I know that cynics will be looking for some significance in the timing of what I am calling the Great British Charity, but it is simply and only because this is a vital process and we want to help people to be ready for it, to know when it is happening. So purely to help, I have set the final switchover for the day before what would have been the next general election.

“There will be no more general elections. We know because the people have told us that general elections are a waste of time, that you can vote for the party you want but nobody wants the one that gets in. Completely inefficient system. I mean, there have been periods when we were not in power. Clearly that’s not a democratic political system working the way it should. So, from now on, nobody in the cabinet will be voted in and everyone in the cabinet will be a volunteer.

“I freely admit that mistakes have been made by the previous government. It’s time to move forward. Britain is great and what makes it great is its people so that’s who should be in charge. Now, I accept completely that this is a huge change and that it will take time to get used to. I accept that it raises questions. And of course I accept that it has never been done before and is certain to be disastrous for the country. I accept all of this but to you doubters with your evidence and your irrefutable statistical economic proof, I say “Same old, same old, tell me something I don’t know.”

“What I am going to do, what I promise today to each and every person in the British Isles, is that your new charity government will be formed with great care. Yes, we have to avoid women and yes, of course the British government cannot be run by people who have chosen to be gay or who happen to be black through no fault of their own.

“But these security issues, as important as they are, are already done for us. They’re already done by the boarding schools that every one of us went to. And I tell you now, if you went to a good school and you are independently wealthy enough to be able to survive in London just on MP’s expenses, you are the kind of volunteer this nation needs. You are the kind of open-minded volunteer with a diverse range of experience right the way from Eton to Harrow that our nation will get.”

Acknowledging the concerns of journalists at the announcement, Cameron concluded his speech by saying: “I vow to you, as a Conservative, that the public can be assured: there will be no change to frontline services. The Great British Charity government will continue to provide smugness, ignorant disregard for the effects of policies on anyone not actually in the cabinet and there will be no decrease in any of our periodic scandals. You can trust me on that one at least.”

Deputy Prime Minister Nick Clegg was at the press conference, probably, and would’ve been saying something about how the Liberal Democrats were ready to form a coalition with the Great British Charity volunteers or something.