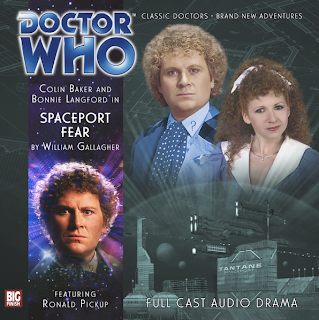 A new Doctor Who of mine was recorded a few weeks ago and if you caught me on twitter, on Facebook or in pubs across the nation that day, you will have heard this: “Oh, my lights,” I kept saying, “I could eat that voice.”

I was a little late to the recording session and slipped into the control room mid-scene. A character of mine called Elder Bones was speaking and I just thought cor, that actor has the most fantastic voice. Seriously: I could eat it, I said. Nobody quite knew what I meant. To be fair, nor did I. Not exactly. And nobody ever knows what I mean by “Oh, my lights”. You get the idea but the specific words, not so much.

Since so much of what I say derives from some quote or other, I’ve always just assumed that I got the phrase from somewhere. This is now true: it’s in my new Doctor Who and I can’t tell you why or who says it.

But it isn’t Elder Bones.

I lean toward writing fairly long scenes: a lot goes on, things are radically interrupted, but technically speaking it’ll often be one scene that goes on for a fair time. Plus, of course, this was a recording session so there might well be multiple takes. All in all, I think it must’ve been half an hour before there was any kind of break and I could see who was in the studio. Half an hour with me just sitting in that room, deeply happy with all the cast and most especially enjoying this wonderful voice playing Elder Bones. 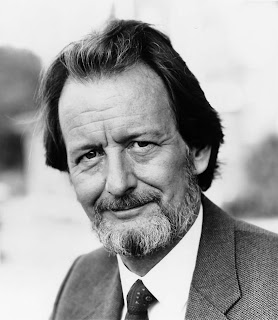 Half an hour in which director Barnaby Edwards quite often called this actor by his name and yet I didn’t twig.

I didn’t put it together that “Ron” could ever be Ronald Pickup.

That man has been acting on television, in film, on stage and in radio for nearly fifty years. You may know him from – I’m not sure now, take a gander at his credits on IMDb. I lost count around seven million roles.

But for me he will always be Prince Yakimov from Fortunes of War.

Do you know, he actually thanked me for writing a good role? I’m quite sure he was just being nice but I’m having that. I’m taking that.

I want to tell you more but then I’d have nothing to say when this comes out next year. So let me just tell you that it’s called Doctor Who: Spaceport Fear – Angela came up with the title when I was struggling – and that it’s out in February 2013.

Drama is collaboration. But I sat in that room listening to Ronald Pickup being Elder Bones, listening to Barnaby Edwards direct him, hearing really deft little changes from the discussions with script editor Alan Barnes, and part of me wondered what bit I’d done. The rest of me just enjoyed the story. I was listening to it being recorded out of sequence and without any of the gorgeous audio and aural and musical work that Big Finish does for its productions yet still I was caught up in the tale of Elder Bones, Naysmith and the Tantane Spaceport.

Funny thing about this spaceport: there is one Arrival – it’s a blue box. But there are no Departures.

7 thoughts on “Doctor Who: And the jaw-dropping actor is…”