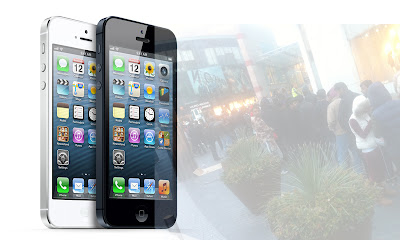 Standing in the cold and being jeered at just so you can pay some outfit hundreds of pounds for rubbish even though they rip you off every year by making some pathetic tiny change to, I don’t know, a colour or something. It is beyond me why anyone goes to football matches.

It has been said – often and loudly and forcibly – that queuing outside an Apple Store to buy a new iPhone on launch day is silly. It is. But as silly things go, I mean if you were looking to be right daft, if you yearned for world-record breaking silliness, it’s not really up there with voting Republican or LibDem. It’s pretty mild silliness, really.

Maybe you could feel sillier by pointing out that Apple is laughing all the way to the bank. But then banks are laughing all the way to themselves. There’s a lot of jollity out there. Not a great deal of it seems to be reaching us individually but in a time when things are rather hard, the fact that anyone both wants to and can go queue to spend dosh, well, it is silly but I think it’s a lot of other things first.

Especially since we all give companies money every day and at least this way has some theatre to it. Some style. I met a guy this morning who said he wouldn’t queue even if they were giving the iPhone 5 away – but he was the owner of a mobile phone shop and there was a bewildered longing in his voice as he watched hundreds of people walk past his store.

And there were hundreds in Birmingham today.

Usually when I go through the city at that time of the morning, it’s probably a cold and quiet place but I’m so three-quarters-asleep that I don’t notice. Today at 05:45 it was alive. Still bleedin’ cold, but alive.

Some years ago I queued for an iPhone at an O2 store on New Street. It was a blast. There must’ve been a hundred people and we gassed away. Met such interesting folk I’d never normally come in contact with. Promised to stay in touch. But I was talking about this with a friend today and had been about to say something about that time we queued there when I realised that we hadn’t. I’d queued in Birmingham’s New Street, he’d queued somewhere else. But he and I had nattered on the phone in the queue, many of my hundred were nattering equally to the people around them and on phones. It was just a buzzing, happy, shared experience.

With a hundred people.

I can tell you that times have changed. Back then, whenever it was, I fancied a new iPhone. Today, I need one. (Need is a relative term, but.) With my new unexpectedly financially savvy head on, I schlepped through all the maths about tariffs and handset costs and total-cost-of-ownership. And the other year, I also worked out how often I actually use my iPhone. I counted. On one day. It was 230 times.

It’s still such an integral part of my work that as I have it in my left hand looking up emails, I’ve often found myself reaching into the pocket to get it out to do something else too.

Unfortunately, one of the things I’ve done repeatedly and very successfully is drop the poor thing. It is now a bruised and limping iPhone. Hardly a scratch on it, but the innards are wobbly and I somehow broke the Home button.

So trust me, I need a new one. Forget NFC, if you even know what that is, the killer features I needed in the iPhone 5 were: availability and my being out of contract.

Consequently, today, this morning, getting up at my sometimes usual time of 05:00, I decided to do it. I could’ve just ordered online and had a chat with the postman in eleven to eighteen days time, but instead I went in to Birmingham city centre to have a great time with one hundred people and come back with something I actually know will be a part of my every working second for the next couple of years.

And there are not 100 people queuing, there are 1,600. If you know the city, let me explain that the line stretched up out of the Bullring, around the statue of the Bull which is an unacknowledged and actually a bit bowdlerised ripoff of the one in New York’s Bowling Green area, then up New Street toward Corporation Street and lastly take a left up the ramp to the train station.

I did a fast estimate, realised that even if this were the greatest crowd of people in the world to talk to, there was physically no possibility that I could queue here for an iPhone 5 and get back to my office in time for a scheduled Skype interview.

So instead I am at home in my office and actually I’m writing this to you while I wait for that Skype interview which is currently two hours late and feels unlikely to be happening. Thank you for being my distraction.

One thing occurs to me. You will not have to look far to find people saying that folk who buy Apple products are fans who have been taken in by the advertising. It’s a child’s argument and especially so as it comes with a concomitant suggestion that by not buying an Apple iPhone you are in some way superior. Gosh. If only I were as brave as you.

Yet think about what it would mean if it were true. What it would feel like if Apple did this, if Apple got 1,600 people queuing outside just one of its shops purely because it did a nice ad campaign. You’d have to feel pretty good about yourself if you were Apple. But you don’t have to buy your iPhone from them at all.

That guy who wouldn’t queue if they were free knows that they aren’t free because he sells them too. You could buy an iPhone from his shop. In sight of his window, there were 1,600 customers that keen to buy an iPhone and precisely 1 queuing outside his shop.

Where was the marketing magic for him?

More, think about what it would feel like if your business did have this magical advertising and it did work for you, it did get crowds coming to your door with open credit cards – and then you lost them all.  For as I walked up that line of 1,600 people, I passed the same O2 shop I’d queued at last time and there was no one there.

You can hype all you want and you might even get phenomenal business out of it – but you’ll only get that once. If you keep getting queues and today’s is sixteen times longer than the last one you got, you’re doing something better than choosing a nice photo for your posters.

Sent from my bruised old iPhone 4