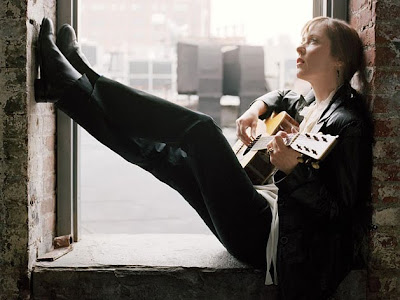 Whatever you do, there is someone in your field that you know is better than you can ever hope to be. The very fact that you’re in the same field only means that you’re even better able to appreciate the nuances of how tremendous they are and you aren’t.

Writers get this the worst, I think, because I am a writer. But it is regretfully true that we can go look up myriad examples of especially fine writing at any moment. If you’re struggling to write something, just read how vastly better someone else has already done that same idea. If you’re a dentist, it’s hard to examine the work of your heroes quite so readily, quite so quickly, and quite so without being arrested.

Whenever you do see brilliant work in your field, though, it is crippling. But the writing that is so good that it kills you is so good you don’t mind being killed.

Usually this writing is a body of work like a complete book, an entire script, a full poem. I get one of my worst give-up-now-William moments from half a line of Calypso, a Suzanne Vega song.

I bring this up now because I found out that her next album has been delayed to August. [Update: some sources now say September.] It’s the fourth of her acoustic re-working of her back catalogue. I mentioned this news on Facebook and Laura Cousins commented thisaway: “What I love about the acoustic versions is how it gives an insight into how the songs are written, and how very strong they are.”

Quite so. Absolutely. But that insight, that clarity… How can I say this?

There’s a line in Calypso, from Suzanne Vega’s Solitude Standing album, which describes a relationship with someone and goes:

Many, many times now, those last three words have prevented me writing. Stopped me cold. Because I know I couldn’t write that well.

It’s one of those lines that is wrong, that doesn’t actually make sense, and yet therefore is so right and actually makes so much more sense than the ‘correct’ line could. I’ve mentioned before that Dar Williams’s line “I am the others” does this to me. Both of these lines use the wrong word and that’s something I don’t think I can do yet it’s something that both these writers do so very powerfully.

I mean, she sings “and hear skin” and I can feel that relationship. You can touch skin, you can see it, you can smell it, but this is more. It’s that special person who’s just come in the room and set your heart going faster. The desire you can’t express neither in the sense of comprehend nor – God forbid – telling them. Not yet. Not now. You’ll scare them away. Better to be with them like this than risk losing them, losing everything. A hand, a wrist, an ankle and, yes, a breast, a thigh, all so shockingly real and vivid, all like lightbulbs under their clothes, not because of the body-part itself but because of whose body it is.

The tingle of their presence, the delicious pain of it, there is so much more to it than seeing or feeling or smelling. You can hear their skin: Suzanne Vega is right.

She didn’t write that line.

I misheard that lyric from 1987 when it was first released on Solitude Standing to 2010 when an acoustic version came out on her Close Up Volume 2. Wherein it is obvious – and I’ve since checked too – that what she really sings is this:

Mondegreen means a misheard lyric. (Did you know that? I only recently learnt it while watching an interview with Ian Rankin where he revealed his latest book title is such a misheard lyric.)

I have been mishearing a lyric for nigh on a quarter of a century. There are a thousand other reasons to admire and love Vega’s work, but she didn’t write this one.

So apparently I did.

I’m still trying to process this.

3 thoughts on “Mondegreen with envy”