This is a very specific kind of Blank Screen post: it’s ostensibly about one product that, statistically speaking, you are unlikely to have and, also statistically speaking, you are unlikely to ever get. I’m really selling this to you, aren’t I? Okay, try this: it’s to do with keyboards, which we all spend a lot of time with and which you, admit it, have strong opinions about.

Okay, it’s just me. But I’ve been pulling 16-hour days at the keyboard lately, the feel of these things is hugely important and the potential risk to my wrists is gigantically important to me. Then Apple’s gone and brought out a new keyboard, a new type of keyboard and, seriously, when Apple does something, the rest of the industry mocks it while working furiously to copy it.

(Are you on a notebook computer now? See the way the keyboard is toward the back and you’ve got palmrests at the front around a trackpad? That was Apple’s idea and there is now notebook you can buy that does not do exactly this.)

So a new design of keyboard is likely to appear in other machines, from Apple and others, now that it’s out there. And Apple made such a fuss of it at the launch that I was suspicious: the company doth protest too much and all that. Then people started getting the new MacBook that has this keyboard and they hated it.

Well, some hated, most people thought they would put up with it. The travel is shallow, the distance you have to press the keys before they register is tiny. The keys are also wider but it’s chiefly the travel and how that feels that is making people unhappy.

I went in to an Apple Store specifically to try out the keyboard and I actually liked it.

But that was a few minutes. Now here’s a fella who’s spent eight weeks typing on it:

Apple’s new MacBook uses a new keyboard mechanism. The keys are larger and the throw [aka travel] is less, and so when people try it out for just a minute ot two in the Apple store, it may feel strange, different and even undesirable.

I’ve spent eight weeks with my new MacBook now, and one of things I like about it the most is the keyboard. Just like the single USB-C port, past experience doesn’t prepare or guide one for using this keyboard because it’s so different from what Apple has delivered in the past.

Read the full piece for a more informed view than I can give you. But then take away that if this keyboard does come to all computers, it’s fine.

And the unexpected benefits of what seemed like a thing I’d never use.

So, previously: my gorgeous 27in iMac is away off with the faeries – i.e. being seen to by Apple – and while it’s gone, I’m working on my old and I had thought underpowered MacBook Pro. It’s not underpowered. For the most part it’s doing its job well, I am doing my job fine. It’s got a broken keyboard but I’ve plugged in my iMac’s one and that’s all tickety-boo fine.

What’s really changed is that I’ve started using the Mac’s Full Screen jobbie. In pretty much any software you use on a Mac, you can tap a button or press a key to make that app fill the screen – and hide everything else. I have never used it before. I don’t want 27 inches of white blazing out at me when I’m writing.

Plus, it’s a slightly clunky idea because of the way you get back from this full screen lark to regular larking. You mouse up a bit until the menu bar reappears, then you find the button. Somehow a bit ugly.

Yet with a much smaller screen, I tried using this in one app and I’ve liked it so much that I’m using it in every app. I find I can swap between these full screen applications like moving from Word to Safari without closing the full screen, moving to the other app and reopening the full screen. Just the usual Command-Tab takes me through full screens.

Not always very smoothly. I seem to end up paused, hovering over the desktop for a time while it all figures itself out. But usually, I’m in Safari now, I’m in Mail next, it’s a quick thing and not anywhere near as disruptive to concentration as I thought.

But here’s the thing. Concentration. What I didn’t appreciate was that full screen apps hide their menu bar and that means they hide the clock. Hiding the clock turns out to be excellent: I could focus on the thing I was doing and spend whatever time it took. Of course, I have to leave for a meeting in a while so I couldn’t ignore time altogether but for about 90 minutes, I could.

Time passed but I was entirely focused on the job and if I sometimes longed for a tea break, I didn’t once stop to think about whether I had enough time to carry on.

If you’re not on a Mac, thank you for reading this far, and go find a way to switch off that damn clock. It’ll help you.

See what they did to me? I was watching the Apple Keynote specifically to get pricing details for the new Apple Watch and as well as that, I’ve started lusting after the new MacBook.

It costs from £1,049 but, hey, you know, free delivery counts for something. 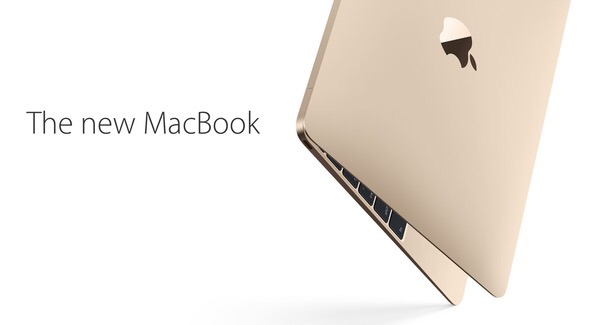