I am alone in this. I find Google Maps really confusing. Confusing to the point of frustration: if I could explain what goes wrong for me, I’d understand what goes wrong and it wouldn’t then go wrong. But just things like telling it I want to go from here to there and I want to walk, I have found myself stabbing at the screen on my iPhone in annoyance.

That would be fine if I liked Apple Maps better and actually for the most part, I do. I like the look, I understand how to use it, I now default to using it first.

But there often comes a time when I have to use something else too. I say that to you about Google Maps being annoying and the time that comes to mind is when I was late for somewhere and I simply could not get this bloody thing to grasp that I wanted directions. And the reason I wanted directions, the reason I was late, was that Apple Maps had only put me down in approximately the right place. I could not see where to go and neither Apple Maps would help me nor would Google Maps step in to save the day.

Common received wisdom is that Google Maps always saves the day. I’ve seen it described as the mapping system that Apple wishes it had. I expect that all the praise is right for things like the level of mapping detail and for the routes it works out, but hand on heart I turn to it as the final option.

I’m a man and still I’d sooner wind down the car window and ask someone for help.

So I was pleased by the news that Google Maps has been updated for iOS and specifically that what has changed is the design. Here’s an example of its new look on iPad: 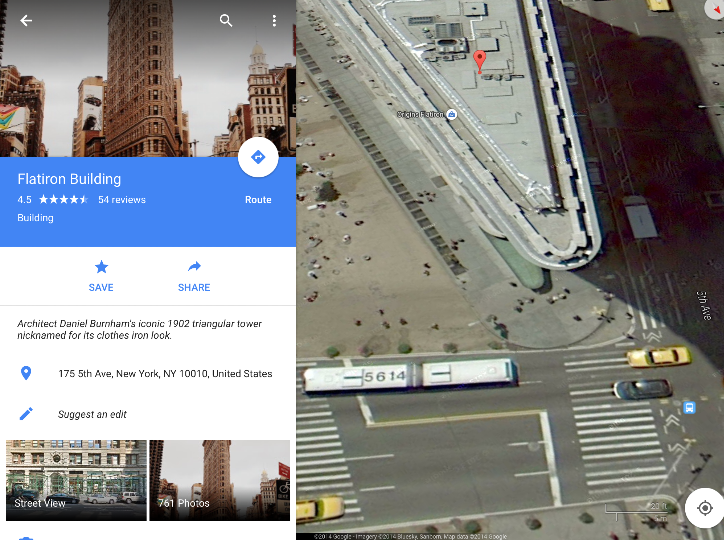 But I am still confused. I tried it out on a route I used to drive regularly, from my home to BBC Television Centre in White City, London. Had some problems understanding how to do this but the first thing it did was show me the White City area on a map and actually that sent me off down a rabbit hole. I wondered whether TVC was still standing so I tapped on the button to change from the default map view to the satellite image.

Perfect satellite imagery of my home.

Okay, I typed in White City again this time it took me to somewhere in the USA.

I feel like it’s me, that I am just failing to read the instructions but Google Maps is going back into a Miscellaneous folder on my iPad and iPhone.

But it’s free and everybody else loves it, go take a look for yourself.