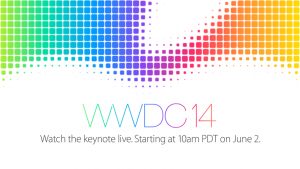 So there was this journalist, right, who complained that Apple took two hours to do its annual Worldwide Developers’ Conference keynote, “exactly like they always do”. He was covering it for somewhere and it was all how dare they do exactly what they always do. If he’d said they took long on certain parts, I’d have agreed. If he’d said he could’ve read all the news in a press release afterwards, I did agree. I just didn’t know why he wouldn’t do that. If you don’t like the keynote and you know it is two hours long, skip it.

WWDC is for developers and my own development projects are small. But this one speech is always for every Apple user, it is always the same, it is usually good fun and occasionally it is really interesting. I remember wondering how I’d tell Angela that I was definitely going to buy an Apple phone when she came home saying “did you hear that Apple’s making a phone?” We both got one.

But like or loathe the Apple announcements, the one next Monday 2 June at 6pm UK time will go thisaway:

18:10-18:25 Statistics about how Apple has been doing since the last keynote. Expect only good numbers. Be sure that you know how Mac sales are up and that maybe more people buy Android phones than iPhones but they don’t appear to be using them much at all. (With graph.)

18:30-19:00 These half-hour blocks are interchangeable, depending on what Apple wants to emphasise. But a typical one will cover Mac OS X first. It will do it by revealing new hardware then the latest version of OS X. Expect a wacky name to follow “OS X Mavericks”.

19:30-20:00 Potentially the most interesting half hour. It can change if there’s something really new to mention about Macs, in which case Mac stuff moves to here. Same with iOS. But this is where newer stuff goes. It’s also the last half hour so if there is to be one of Apple’s near-patented “One more thing” (Columbo is disputing the patent) then naturally it has to be here.

This year Apple is live-streaming the lot on its website here. I won’t be watching. But only because I’m working that evening. Otherwise, I will be tuning in to the recording later and I’ll probably be avoiding reading too many news sites because it genuinely is fun to see the show. Apple presents very, very well. Just watch a Microsoft presentation, preferably with Steve Ballmer, and then contrast it to an Apple one. Regardless of the products being shown, Apple’s presentation works and Microsoft’s tends to be a bit embarrassing.

I have no idea what Apple will reveal or release this year. They do like saying “available today”, which I like too. I like that they don’t very often talk about products that are coming out eventually or that they intend to make, it’s always about what they’ve made now and what you can buy now, if you so choose.

And I will be buying, if you can call it that. There is no question but that iOS 8 and the next OS X will be revealed, if not yet shipping, and both of those will be free. Both of those I will get. Beyond that, I don’t know.

But I do enjoy finding out. Call me a geek, but.