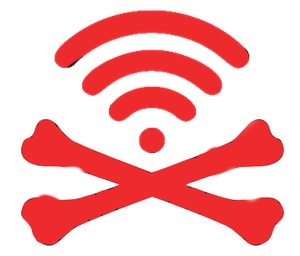 Well, this is new. Someone on YouTube is advertising an audio version of a book of mine which is an interesting move since there isn’t one.

Actually, I say this is new but I am aware that Doctor Who radio dramas get pirated so it must’ve happened to me before but I’ve never seen it happen. I’ve definitely never seen it while in the bath.

I’m not sure I should’ve mentioned that last but it is just you and me here plus you’ve got a kind face. I was having a long soak with my large iPad propped up on a chair across the bathroom. It was playing various YouTube videos I wanted to catch up on and I’m stopping right here, I’m not telling you what I watched, you’re going too far now.

But the purpose of the soak was to hide away from a tough week and explicitly to not think about various projects I’m on.

And the result of the soak was that of course I had an idea about one of them.

A bath plug tugged and two big towels sanding me down later, I did a search online for a fact to do this idea – and the only result that came back was me. My book. In this unauthorised, unheard-of audio version from someone I suppose I shouldn’t name but who, let’s be clear here, isn’t me.

Thanks to editor Mike Wuerthele, I’ve learned that you can file complaints to YouTube about just this sort of thing and I did so in the required great detail before my hair dried.

It’s just that I should be angry, and I am. I should be determined to stop this – and you had better believe that I am. Yet alongside that, I keep coming back to wondering why it was this particular book.

If you promise to not search YouTube for the illegal audio version, I’ll tell you that it’s Getting Productive with Omni Software: Exploiting OmniFocus, OmniOutliner and OmniPlan.

I think that’s pretty niche. This software is world-class and the first two, especially, have transformed my working life. (OmniFocus is the To Do app I live in and OmniOutliner is how I’ve planned about 400 of my last speaking gigs. Also some books. OmniPlan is project management software which I’ve used for some complex projects but really they were only complex to me, you’d have done them in your sleep.) Read my book or just go buy the software.

It’s niche but I like that book and it seems to be in demand more and more. Earlier this month I got to speak about it over Skype, presenting to the members of the Chicago Apple User Group. Early evening their time, after midnight mine, and whilst I was in an oven of a hotel room in London ahead of delivering an all-day workshop for the Federation of Entertainment Unions.

I told you about the bath: that night I had five showers solely to cool down and only got dressed again because it would’ve been a bit offputting to the Chicago people if I’d sat there in towels.

That was a really good night: hearing twenty or so people laughing back at me across the Atlantic, it was buzzing. Plus I’ve had since some lovely comments about the book, too.

All of which means that one of those projects of mine that’s been so pressing me down has somewhat floated up higher. I’m doing a new edition of the book and it will be out as an ebook and this time a paperback later in the year. I don’t know when because I want to wait for a particular new version of OmniOutliner to be released and all I know is that it’s soon.

But I wonder if I should do an audio version.

UPDATE: YouTube has accepted my copyright claim and removed the video.