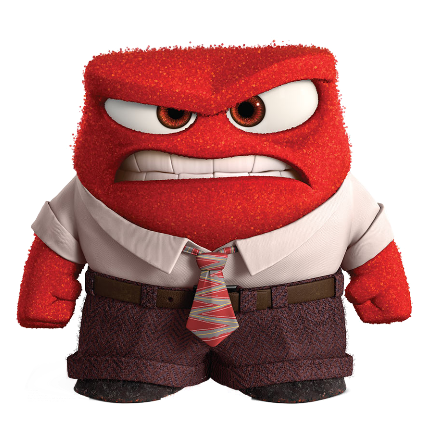 So maybe you know that the Baader-Meinhof Syndrome is when you hear a word or something for the first time and then seem to see it everywhere. And if you don’t happen to know that, you do now and so can expect to see it referred to again very soon.

Such as now. Baader-Meinhof is specifically about how the very first time you hear some word is followed by these other occurrences, so many that you can’t fathom how you never heard of this bleedin’ thing before. And that’s not what’s happened to me. I think I’ve had Baader-Meinhof Syndrome 2: This Time It’s Personal instead.

For I used to read screenplays extensively, then it dipped off to just occasionally enjoying one, then late last year there was a recommendation that one could try reading a script a day. The recommendation is on Hayley McKenzie’s website and I was persuaded by it. So I’ve done that.

Except we’re on 2 February as I write to you and so I should’ve read 33 scripts by now. I’ve slipped a teeny bit: just now I read my 112th. Look, I’ve had a lot of long train rides.

But having come back to being immersed in reading scripts, I’m now finding everybody’s talking about screenplays. It’s just that I don’t like everything I’m reading. Such as this:

“Even those of us who love movies may not realize the process from page to screen. I’ve read lots of movie scripts that don’t have any real excitement to them. It’s not until they become film that the beauty is revealed.”
Shawn King, Loop Insight

I’d give you a link to the full piece but a) that’s about it and 2) this Loop site is impossible to link to: do what you like and any link still routes you to the top of the front page and you’re expected to schlep through the entire site. To save you the trip, let me explain that King’s peg, his reason for saying this now, was that Pixar has released a video showing how a scene from Inside Out went from script to screen and I can link to the article that Loop linked to which linked to the video. When did you lose the will to live in that sentence?

Loop was quoting a site called Gizmodo which is here and its writer Julie Muncy takes the same angle but goes further:

“It’s a master class in how direction and acting can give a scene strength it doesn’t have on the page. While the action and dialogue is mostly identical between the script and the final film, the voice work, particularly Amy Poehler’s turn as Joy, lends drama and emotional resonance to work that doesn’t quite get there on the scripting alone.”
Julie Muncy, Gizmodo

May I give you one more quote?

Truly, I read this stuff and it pickles me. That’s the word. I pickled up. I was unpleasant to people for an hour. And the chief printable thought I had was that these people should read some better bloody scripts. Of the 112 so far I’d rush them – hang on, let me count – 11. I’ve been reading chiefly TV scripts because, well, I like them, and of those there are ones from shows like Justified, Homicide: Life on the Street, Press Gang, Cheers and Sports Night that burst with verve and drama and rich comedy.

It’s not as if I think actors and directors and producers and the myriad other people bringing scripts to the screen aren’t necessary or don’t do anything or are not just as creative as writers. But if it’s not on the page, it ain’t ever going to be on the screen.

I keep thinking about one particular script I read back around 2003. Ronald D Moore’s script for Battlestar Galactica leaked online and I read it. Shrugged. It was okay, I thought, nothing special and I wasn’t fussed about whether I watched the show or not.

In fact, the DVD arrived at Radio Times at least two months before it aired in the UK and it was only late one Friday that I grabbed the first disc in order to have something to watch on my way home. By the time I got to Birmingham, I was steaming mad and pickling up because I hadn’t brought the second disc and it was going to be a week before I could see it.

If you haven’t seen Battlestar Galactica, it genuinely is a remarkable piece of drama and I could see that when I re-read the script. But I didn’t the first time.

I think I could muster an argument that Battlestar is science fiction and I wasn’t expecting this from that genre. I can throw in that it was a remake of a very gaudy, empty Star Wars knock-off from the 1970s. My reaction was coloured by low expectations.

But you’d think that would just make a fine drama feel even better. Yet there it was, all of it on the page and I missed it. I might go watch that Pixar video now. Or I might just read the Inside Out screenplay.